1. A Louisville police spokesperson confirmed that SWAT and hostage negotiators have been dispatched to the scene.

2. Witnesses have reported that law enforcement are surrounding the area around the shopping center.

3. The exact nature of the threat is unknown.

4. Valley Station is a suburb just outside of Louisville, Kentucky.

5. One witness reported seeing unmarked cars and an ambulance heading to the scene. 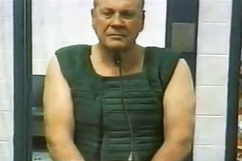