New York City Republican Congressman Michael Grimm made headlines after the State of the Union address when he accosted and threatened a young journalist from news outlet NY1.

Here is what you need to know about Michael Grimm:

1. He Threatened to Throw Michael Scotto Off a Balcony

Last night the congressman was being interviewed by NY1 reporter Michael Scotto when Scotto tried to change the subject away from the president’s address and toward allegation about Grimm’s recently arrested ex-fundraiser.

Grimm walked away from the video only to return and off camera, whispers into the reporter’s face. With good video quality, you can hear the Congressman’s words more clearly, but according to NY1’s subtitles he says, ‘Let me be clear to you. If you ever do that to me again I’ll throw you off this f–king balcony” and then returning a second time to say, “If you ever do that to me again … No, no, you’re not man enough, you’re not man enough. I’ll break you in half. Like a boy.”

Michael Scotto has since tweeted that Congressman Grimm called to apologize to say that he “overreacted.”

2. He Was a Marine & an Undercover FBI Agent

Grimm entered the FBI in 1991 becoming a special agent in 1995. He served undercover during his 13 years of service, even spending years on Wall Street posing as broker to sniff out white collar crimes like stock manipulation.

3. He Was Accused of Pulling Out His Gun in a Nightclub

Grimm was the subject of an FBI internal investigation involving an incident at a nightclub in 1999. After a dispute between Grimm and another man, Grimm allegedly told a Gordon Williams, former NYPD officer in the club, that he could make the other man “disappear where nobody will find him.”

According to Williams, Grimm returned to the club later that night and pulled out his gun. Then, he remembers, Grimm shouted, “Everybody get up against the f*cking wall, the FBI is in control” and added, “all of the white people get out of here.”

In 2010, running as a Republican, Grimm was elected to Congress to represent New York’s 11th district, covering Staten Island and parts of Brooklyn.

5. His Fundraiser Was Arrested for Campaign Finance Violations

The question that prompted Grimm to threaten the young reporter was over Diana Durand, Grimm’s former fundraiser. The Washington Times reports that on January 14, 2014, Durand was taken into FBI custody for allegedly setting up a “straw donor scheme” that would allow them to funnel $10,000 to the campaign at a time.

The DCCC website, in a section dubbed “The Grimm Files,” alleges that Grimm took campaign donations above the legal limit, took contributions from foreign nationals and personally received envelopes full of cash. 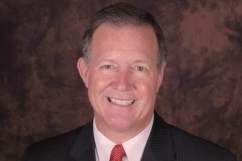 Loading more stories
wpDiscuz
0
0
Would love your thoughts, please comment.x
()
x
| Reply
The Republican congressman made headlines when he threatened a reporter after the State of the Union. It's hardly his first time making controversial headlines.