A shocking new development in the investigation into Aaron Hernandez’s involvement in the double-murder of Daniel Abreu and Safiro Furtado has been uncovered by The Hartford Courant.

According to a new search warrant obtained by the newspaper, surveillance footage shows Hernandez and Alexander Bradley entering the Cure nightclub, with witness accounts saying the pair had two drinks and left after 10 minutes. Hernandez is then seen getting into his Toyota 4 Runner and driving around the block with Bradley riding up front.

The footage then shows Hernandez and Bradley circling the block. When Abreu and Furtado exit the club, they both got in a car. Before they could drive away, the Toyota 4 Runner pulls up alongside the car, and five or six shots are fired at Abreu and Furtado. The warrant does not say who police believe pulled the trigger.

The murder weapon, a .38, was recovered in the trunk of the car of a woman from Hernandez’s hometown, Bristol, Connecticut, who claimed her friends who were “football players” left it there, reports CBS Springfield.

The warrant also states a bouncer from Cure nightclub tipped police off about Hernandez’s possible involvement in the 2012 murder just days after the former Patriots star was arrested for the murder of Odin Lloyd. In June 2013, Hernandez was arrested and charged with the murder of Odin Lloyd. Lloyd, who was an amateur football player, was found dead of gunshot wounds close to Hernandez’s home in North Attleboro, Massachusetts. 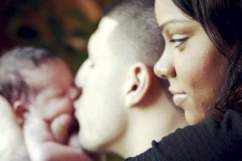 Read More
Aaron Hernandez, Breaking News, Crime, Murder, NFL, Odin Lloyd, Patriots, Shayanna Jenkins
Hernandez is seen getting into a car that later pulls up next to the two victims. Someone fires five or six shots, killing both.