Paula McDonald is the former New England Patriots cheerleader who is beginning her chemotherapy treatment just days before her beloved Pats battle the Indianapolis Colts in the NFL playoffs, reports Fox Boston.

1. Even in Cancer, She’s Patriots to the Core

McDonald has showed her loyalty to Tom Brady and Co. by shaving the Patriots logo into the side of her head as she braces for losing her hair as part of the chemo. She told Fox: “Before my hair fell out because of the chemo, I wanted to do something insane,” said Paula. “What better way than to support the Patriots!”

2. She Hopes She Will Be Able to Create Awareness

She’s trying to use her celebrity to encourage other women to constantly self-examine themselves for lumps that may lead to breast cancer. Speaking to the media she said:

I’ve been having mammograms and ultrasounds yearly for five years and they have all been clean. This year, I found my own lump and the mammogram and ultrasound still wouldn’t pick it up. I insisted on a biopsy and that is how it was found.

3. She’s Already Had a Double Mastectomy

Her chemo began in the shadow of the Patriots date with Indianapolis. Around six weeks ago, she says she underwent a double mastectomy. On January 8, she began the dreaded chemo. Her cancer has spread to 18 lymph nodes.

4. She Was a Patriots Cheerleader For 2 Years

On her LinkedIn page, McDonald says that she was a Patriots’ cheerleader between April 1999 thru April 2001. She says of her time at the Foxboro:

Along with cheering on our beloved New England Patriots at Foxboro Stadium on game days, I volunteered at many charity events such as the Susan G. Komen Race for the Cure, and the Children’s Miracle Network phone-a-thon. I also had the opportunity to perform for our troops at Fort Hood in Killeen, Texas.

Her page also says that she has worked as a Payroll Benefits Manager at the Justice Resource Institute, a role she’s held since June 1992. It says that she’s a graduate of the University of Massachusetts at Lowell.

5. Her Team Are Active in the Fight Against Cancer As Well

In 2010, the New England Patriots organization launched the “Kick Cancer” initiative. According to the team’s official site: 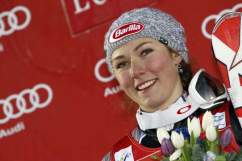