Wednesday afternoon, The New Jersey General Assembly announced that former Assistant U.S. Attorney Reid Schar will serve as lead counsel for their ongoing investigation into Chris Christie’s lane closures scandal. Here’s what we know about Schar and the investigation he’ll be helming:

In his role as Assistant US Attorney for the Northern District of Illinois, Schar served as lead prosecutor in both of Rod Blagojevich‘s corruption trials, succesfully convicting the former governor on charges of attempting to sell President Barrack Obama’s former senate seat, as well as extortion relating to state funding of a children’s hospital and race track. Blagojevich is currently serving out a 14 year sentence in Federal Prison.

2. He Will Be Advising a New Investigatory Committee

Schar will be assisting a newly formed Assembly Investigatory Committee, in it’s attempt to discover the origins, motivations, and parties responsible for the 4 day lane closures that turned the town of Fort Lee into a parking lot last September. The New Jersey Assembly’s Transportation Committee had been leading the investigation into the matter previously, but will now hand the reigns, and subpoena power, off to this new panel. Transportation Committee Chairman Jon Wisniewski will continue his leading role in the investigation, as chair of the Investigatory Committee.

Schar works with Jenner & Block, a Chicago law firm that focuses on transactional law. While Schar has made a national reputation as a prosecutor, in his present position he co-chairs the firm’s White Collar Defense and Investigation practice. Since 2002, Schar has served as an adjunct professor at Northwestern University’s School of Law.


4. Schar Is Serving as a Legal Adviser, Not a Prosecutor

Should Christie ever end up in Blagojevich’s sorry position of Governor-turned-defendant, it will be US Attorney for the Northern District of New Jersey PaulJ. Fishman who would lead the prosecution, not Schar, whose role in the investigation is strictly advisory. Fishman has announced his office is looking into the matter.

5. There Are Three Leading Theories Of Bridgegate

Why aides within the governor’s office conspired to create traffic problems for the town of Fort Lee remains unclear. Early reports speculated that the lane closures were designed as retribution for Fort Lee mayor Mark Sokolich’s refusal to endorse Governor Christie’s re-election effort. But in the days since, reporters have searched for causes more proportionate to such an extravagant response. The second popular theory, first offered by MSNBC’s Rachael Maddow posits that the closures were an act of intimidation directed at the Democratic Speaker of the State Senate, for her role in obstructing Christie’s State Supreme Court nominees. A third theory holds that the Christie team may have been trying to derail negotiations related to a billion dollar development project right on the edge of Fort Lee. Much of that development’s projected value is based on the real estate’s easy access to Manhattan. Were one of Fort Lee’s three dedicated lanes onto the George Washington Bridge eliminated, the value of that land would be severely reduced.

Time, and the ongoing investigation will tell. Hopefully. 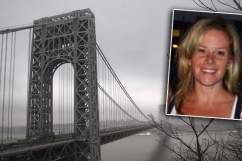 Loading more stories
wpDiscuz
0
0
Would love your thoughts, please comment.x
()
x
| Reply
The New Jersey General Assembly has named Reid Schar to serve as special counsel for their investigation into Chris Christie's bridge scandal. Here's what you need to know about the prosecutor who previously took down Illinois' Rod Blagojevich.