Accused of making special offers to clients in town to see the Super Bowl, at least five of the people were arrested at a midtown hotel just a few blocks from the Super Bowl celebrations in Times Square.

As of 9 a.m., about half of the 18 people accused had been arrested.

Here is what you need to know about the bust and ring:

The ring, which allegedly often provides drugs and prostitutes to high-paying customers, offered a special for rich out-of-towners in New York for the Super Bowl, according to the Daily News. These “party packs” consisted of prostitutes delivering drugs to hotel-room Super Bowl parties.

According to the Daily News, in some instances the parties cost up to $10,000.

2. They Advertised Over Text Message

According to NBC New York, 10 days before the Super Bowl, the proprietors of the drug and prostitution ring sent out a text message to “regular” customers, saying:

new sexy & beautiful girls R in town waiting for u.

3. The Attorney General’s Office Has Been Investigating for About a Year

According to the AP, the investigation into the ring was directed by New York Attorney General Eric Schneiderman and lasted around 11 months.

Ring leaders and prostitutes were arrested in night raids led by the NYPD and Homeland Security agents across the city, including the Brooklyn Marriott.

According to the Daily News, the ring laundered their money through a number of businesses including a clothing wholesaler, the limo service, a beauty supply wholesaler, and a wig wholesaler.

The ring, which was centered in Manhattan, reached across the entire city an outlying metro area.

5. New Jersey Is on High Alert for Sex Trafficking

On Wednesday New Jersey Governor Chris Christie spoke to the press about the ways in which local police and Homeland Security agents are trying to crack down on the sex trafficking that usually follows large events that accommodate travelers. 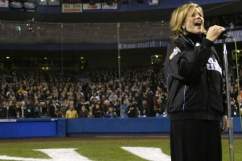 Loading more stories
wpDiscuz
0
0
Would love your thoughts, please comment.x
()
x
| Reply
After a year-long investigation, New York police are arresting 18 people in a drug and prostitution ring that was offering Super Bowl "Party Packs" of sex and cocaine.