Sean LeBeauf is the assistant women’s basketball coach at the University of Arizona who is being accused of sending a dick pic to a player’s mother, reports Deadspin.

He is one of three assistant coaches at UA, his primary role is in recruitment for the school.

1. The Allegations Aren’t Related to his Time at UA

LeBeauf has been at the University of Arizona since May 2013. The allegations against him stem from his time at Paris Junior College. You can read the full complaint against LeBeauf here:

LeBeauf was the head women’s basketball coach at Paris Junior College, as well as the school’s athletic director.

2. A Former Player is Filing Suit Against LeBeauf

One former player, Ebonee Tate, claims that LeBeauf sexual harassed her and threatened to revoke her scholarship after she said no to him, this occurred around December 2011. He was also sending text messages to her that allegedly read:

I want u to dress up for me

Despite her complaints, Tate remains friends with LeBeauf on Facebook:

3. Her Complaints Fell on Deaf Ears

In worrying trend among college’s, Tate says she went to the school’s president, Pan Anglin, but was told to give it up. After making the allegations, Tate alleges that LeBeauf wouldn’t let the college pay for her injuries. 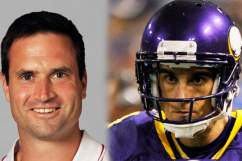 4. Tate’s Complaints Are Not Isolated

There are other allegations of inappropriate behavior on the part of LeBeauf, including:

It was common knowledge that Coach LeBeauf had been known to regularly engage in inappropriate sexual contact with the players on PJC’s women’s basketball team, both past and present. In 2011, another basketball player admitted to her teammates that Coach LeBeauf sent her similarly suggestive text messages and kissed her after luring her into his office one evening. Another teammate left the team in 2011 after Coach LeBeauf became inappropriate with her and even sent her mother a picture of his genitals. At least one player admitted to having a sexual affair with Coach LeBeauf in 2010.

According to his Facebook page, LeBeauf is a graduate of the University of Montevallo in Alabama. He left the school with a degree in accounting. His page includes the quote:

The reason we aren’t living our dreams is inside ourselves. We only pretend it’s people, things, and situations outside ourselves that are to blame.

The last lines from the play Waiting for Godot by Irish playwright and poet, Samuel Beckett.

According to his official bio on the University of Arizona website:

LeBeauf’s playing career started at Hahnville High School in Boutte, La. He went on to play basketball for the nationally-ranked team at University of Montevallo, Ala., where he earned his Bachelor’s of business administration in accounting. He started on a team that finished with three consecutive 20-win seasons. 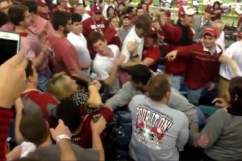 Read More
5 Fast Facts, Arizona, Breaking News, College
According to a Deadspin report, LeBeauf, an assistant basketball coach at the University of Arizona, sent a dick pic to a player's mother.