Vanesa Tapia Zavala, 25, has been identified as the first suspect in the fatal beating of 23-year-old Kim Pham outside of a Santa Ana, California, night club on Saturday night. The 25 year old will now be charged with murder because Pham, who was deemed brain dead, was taken off life support on Tuesday and died shortly after.

Zavala has reportedly pleaded not guilty to the crime.

1. She Was Identified Through Cell Phone Footage

Above is one of the cell phone video collected from the scene that led to the identification of Zavala. Police as well as local business leaders cursed the lack of security cameras in the area.

In the video a security guard attempts in vain to break up the fight. 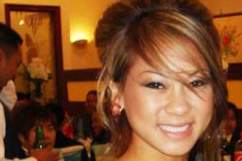 2. She is the First of Many Suspects Arrested

The video contains multiple suspects, police suspect 2 men and 3 women, hitting and kicking Pham. Zavala is only the first of these people to be identified and arrested. Police are actively looking for the rest of the suspects. Above is a still from cell phone footage of the attack with Pham on the ground and 4 of the suspected 5 attackers pointed out.

Police are currently offering a $5,000 reward for information on anyone of the suspects who remain unidentified. A large poster campaign has spread across Santa Ana as friends and family of Pham attempt to find her killers. 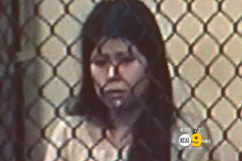 3. The Attack May Have Been Caused by a ‘Photobomb’

While waiting to get in The Crosby, a popular night club, some friends believe that Pham may have gotten in the way of a photograph causing and argument, and later, violence.

4. She Could Spend Her Life in Prison

Zavala is being charged with one count of felony murder and is facing 15 years to life in a state prison if she is found guilty. The prosecutors are requesting an incredibly high bail of $1,000,000. According to the case details which can be seen above (and found here), Zavala has black eyes and brown hair.

According to the LA Times, before Pham’s death, Zavala was charged with assault with a deadly weapon.

The arraignment for defendant Vanesa Zavala has been moved from C-55 to Department CJ-1, Central Jail, Santa Ana. #OCDA

5. She is a Mother and Has Hired a Lawyer

The OC Register is now reporting that Zavala is a mother, a detail previously unreported. She has also reached the legal representation of Santa Ana attorney Ken Reed.

Reed told the Register that Zavala, “was hit, she lost her phone and she’s in custody. There were an awful lot more people fighting than just six. It’s tragic that someone died, no question about that, but my client didn’t kill her and facts will bear that out.”

Zavala is pleading not guilty, according to the LA Times. 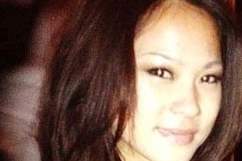 Loading more stories
wpDiscuz
1
0
Would love your thoughts, please comment.x
()
x
| Reply
Vanesa Zavala has been named as the first suspect in the murder of Kim Pham outside of a Santa Ana, California nightclub.