Miss Venezuela 2004, Monica Spear, 29, was found shot to death with her husband Thomas Berry, 49, in her home country on January 6, reports NBC News. Her murder occurred when the car she was traveling in with her family broke down on a highway, they were then attacked by masked bandits who took her and her husband’s lives.

1. She Was a Huge Celebrity in Venezuela

Spear was known for her role in several popular Venezuelan soap operas as well as her beauty queen successes. She was based in the US, but travelled to Venezuela frequently, reports Telemundo.

She graduated from the University of Florida in 2004, reports The Orlando Sentinel. According to the college, she squeezed in two years of classes into one so that she could compete in Miss Venezuela. Her original major was in chemical engineering which she later changed to theater.

2. She’s Another Victim of the Waves of Violence Impacting Venezuela

She was found dead near Valencia, Venezuela. Her death has prompted a huge outcry in the area. More than 70 people have died in 2014 in the country.

In an interview, Spear stated that she left Venezuela for Miami due to the growing violence in her homeland.

3. Her 5-Year-Old Daughter is in Protective Custody

The couple’s 5-year-old daughter, Maya, was found in the car unharmed. She was taken to hospitaL for precautionary reasons.

4. Their Car Broke Down

Reports indicate that the couple were accosted when their car broke down. The motive for the slaying was most-likely a robbery. The tragic incident occurred on a highway between Puerto Cabello and Valencia in the central part of the country.

5. Her Loss is Being Mourned on Social Media

She posted this beautiful video on Instagram just hours before being murdered: 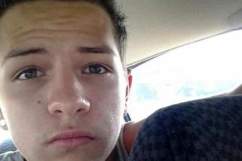 Loading more stories
wpDiscuz
1
0
Would love your thoughts, please comment.x
()
x
| Reply
Spear was murdered alongside her husband Thomas Berry in her home country on January 6.