Glen Allen High School in Henrico, Virginia has been placed on lockdown by local police after reports of a “suspicious situation,” reports NBC Richmond. The school is located around 12 miles northeast of Richmond. As of 2:04 p.m., the situation was reported to be “dying down.”

1. There Was No Gunman On Campus

There was a report of a possible gun on campus, with WTVR saying that a person with a gun may have been seen in the school. Local police Lt. Linda Toney told The Times Dispatch:

We are attempting to verify the circumstances of a suspicious situation but there is no evidence of shots being fired at the school.

WTVR reporter Scott Wise has said that parents are saying a student brought a gun to class. Police have now quashed those rumors by saying there was no gun on campus.

2. No Shots Have Were Fired

There are no injuries reported or reports of shots fired at the school. The local police have released a statement:

Around 12:15 PM today, Tuesday, January 7, 2014, school administrators and police were made aware of a male student who was distraught and may possibly have a weapon.

Although he was not seen on the campus of Glen Allen High School,the school was placed on lock down as a precaution.
At this time, there is no evidence of shots fired or a gun on campus, and no injuries have been reported.

The school remains on lock down as police search the school complex to insure everyone is safe.

Police do not have any evidence that suggests the student was ever on the campus of Glen Allen High School.
More information will be forthcoming concerning student dismissal.

SWAT teams as well as a massive police presence are surrounding the school. The above video appears to show a SWAT team storming the school.

What is happening at Glen Allen? pic.twitter.com/IsUexpvHVC

4. Parents Were Told to Pickup Their Kids at a Local Mall

Parents are being told to stay away from the school and that kids will be brought to a local mall, CrossRidge Shopping Center, for collection.

5. Police Did Not Communicated With Staff Inside the School 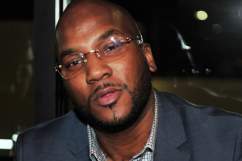 Loading more stories
wpDiscuz
0
0
Would love your thoughts, please comment.x
()
x
| Reply
Glen Allen High School in Henrico, Virginia has been put on lockdown after reports of a gun on campus.