Stanislas Wawrinka is the new Swiss tennis sensation who dumped Novak Djokovic out of the Australian Open in a classic quarterfinal match this morning, The Guardian reported.

Here’s what you need to know about this new star:

Watch the highlights below:

2. Wawrinka Has Equaled His Career Best in a Grand Slam Event

His signature semifinal win over Djokovic at the Aussie Open matches a career-best performance in a Grand Slam event. He advanced to the semifinals at the 2013 U.S. Open, but ultimately lost to Djokovic in a tight match.

Watch highlights from that match below: 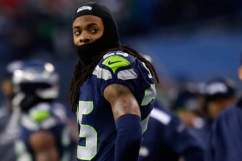 3. Wawrinka is a Spokesman For Audi

He’s a spokesman for Yonex clothing and Audi cars. His tennis gear is supplied by Head.

4. John McEnroe is a Fan

Tennis legend John McEnroe has noted Wawrinka’s skills by saying that he has “the best one-handed backhand in the game today.”

Wawrinka is friends with fellow Swiss tennis player Roger Federer. Wawrinka and Federer won a gold medal in the men’s doubles event at the 2008 Beijing Olympics.

He married former model Ilham Vuilloud in 2009. However, the couple separated for a brief period in 2011 as Wawrinka devoted himself more and more to tennis. Both of his sisters, Djanaee and Naella, are also tennis players. 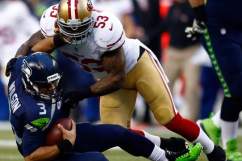 Loading more stories
wpDiscuz
0
0
Would love your thoughts, please comment.x
()
x
| Reply
Stanislas Wawrinka is the Swiss tennis player who knocked Novak Djokovic out of the 2014 Australian Open. Their quarterfinal match is already being labeled a classic.