Cathy McMorris Rodgers has been tasked with the historically thankless role of giving the Republican response to Barrack Obama’s State of The Union Address.

Here’s what you need to know about the Chair of the Republican House Conference, the highest ranking Republican woman in the House:

1. She Supported a Bill to Restore Gun Rights to Convicted Stalkers

McMorris was born in Salem, Oregon, the descendent of pioneers who traveled the Oregon trail. She first entered politics when state Rep. Bob Morton hired her to be his campaign manager. In 1994, McMorris took Morton’s seat in the state legislature when he retired. She was re-elected four times, serving until 2005.

As a state legislator, she first gained attention by sponsoring bills to end public arts funding for new schools and prisons, and to cut $70 million of annual funding for the state’s endangered species.

In 1996, she supported legislation restoring the right to carry a concealed firearm to former criminals convicted of drunk driving, or of “misdemeanor harassment, malicious mischief or any misdemeanor committed against someone who was not a family member, household member or dating partner.” 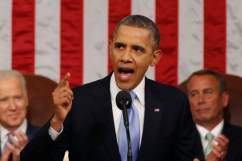 2. She Co-Chaired the Congressional Caucus for Women’s Issues

McMorris is the first woman to deliver the Republican SOTU response in 10 years. Time’s write-up on her selection suggests the choice may be motivated by the GOP’s desire to narrow the double-digit gender gap that propelled Obama to re-election in 2012.

The party’s difficulty in connecting with unmarried female voters came under renewed scrutiny last week, when former Republican governor Mike Huckabee told the annual RNC conference that Democrats treat women as though “they are helpless without Uncle Sugar coming in and providing for them a prescription each month for birth control because they cannot control their libido or their reproductive system without the help of government.”

McMorris Rodgers attended Pensacola Christian College, an institution so strict and fundamentalist it was denied national accreditation until it revised its policies in 2013. McMorris Rodgers is an evangelical Christian, and like every major political figure in the current GOP, staunchly pro-life. She voted against the renewal of the Violence Against Women Act, though sponsored a Republican version, free of protections for Transgender individuals, and Native American woman abused on reservations.

3. Her First Daughter Has Down Syndrome

Cathy McMorris married retired Navy Commander Brian Rodgers in San Diego, in 2006. Brian is the son of David H. Rodgers, who served as the mayor of Spokane, Washington from 1967-1977. McMorris Rodgers became the first Congresswoman in over a decade to give birth while in office. Her daughter Cole was born with Down Syndrome, and shortly after her birth, McMorris Rodgers co-founded the Congressional Down Syndrome Caucus.

The couple has since had two more children, Grace in 2010, and Brynn Catherine in 2013. No other Congress member has ever given birth three times while in office.

An organization called Eastern Washington Voters runs a website at we-can-do-better.org, devoted to ousting McMorris Rodgers from her seat. The main thrust of the page’s criticism is that the Congresswoman has devoted her political life to self-promotion, rather than public service. The site claims the five trips she made to fundraise from big-ticket North Carolina and New York donors outnumbers the times she held public forums with the voters of her eastern Washington district in 2012.

McMorris Rodgers voted to cut $3.8 million from federal food stamp benefits, despite the fact that her 5th district has higher unemployment and public assistance rates than any other district in Washington State.

5. She Won’t Be the Only Republican Giving a Televised Response

Reinforcing the narrative that the Republican party is in a state of heightened fragmentation, McMorris Rodgers’ response will be followed by two competing responses, an official Tea Party response from Utah Senator Mike Lee, and an official Rand Paul response from Kentucky Senator Rand Paul.

The convention of multiple Republican responses began in 2011, when Michelle Bachman delivered a speech while staring eerily off into the wrong camera. In 2012, pizza magnate and accused sex offender Herman Cain tried to sell America the Tea Party’s view of things. Today, he is trying to sell America Erectile Dysfunction pills.

Rand Paul gave the Tea Party rebuttal last year, and evidently enjoyed the experience so much he has committed himself to responding again, even if he won’t be representing anyone but himself. Time speculates Paul will try to pitch himself as a third-way alternative between McMorris Rodgers far-right conservative agenda, and Mike Lee’s conservative far-right agenda.

While no one can know exactly what all these political figures will say tonight, one thing is certain: It’s sure to be emptier and less entertaining than whatever is in your Netflix queue. 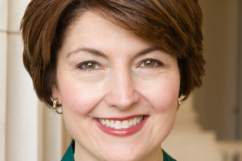 Loading more stories
wpDiscuz
0
0
Would love your thoughts, please comment.x
()
x
| Reply
Cathy McMorris Rodgers has been selected to give the official Republican response to the State of the Union. Here's what you need to know about the Congresswoman.