Alison Lundergan Grimes, 35, has officially kicked off her campaign to become a Democratic senator of Kentucky. The Marysville, Kentucky, native has been serving in public office since 2011, but does that make her qualified for the U.S. Senate?

Here is what you need to know about the young politician challenging incumbent Republican Mitch McConnell:

1. She’s Running in the Democratic Primary for a Kentucky Senate Seat

With the upcoming primaries, Grimes, the Democratic front-runner, is beating incumbent Republican Mitch McConnell 46 percent to 42 percent in the polls.

McConnell, who has been the Senate minority leader since 2007, has repeatedly been criticized for Congress’ inability to get anything done.

Although it is a conservative state, Kentucky has had a Democratic governor, Steve Beshear, since 2007.

2. Bill Clinton Stumped for Her

Alison for Kentucky posted a video on Youtube all the way back in July 2013 that featured former President Bill Clinton voicing his support for Grimes.

On February 25, 2014, Clinton hit the campaign trail with the senatorial hopeful giving a speech in support of her campaign at the Galt House Hotel in Louisville, Kentucky.

According to the video above, Clinton has known Grimes a long time and promises that she will be the politician who will look beyond partisanship in order to do what’s right for the people of Kentucky.

3. She’s Trying to Distance Herself From Obama

As President Obama’s approval rating continues to slip, Democrats in competitive districts and races, like Grimes, are trying to find ways to distance themselves from the him. In a recent interview with MSNBC, Grimes tried to depict herself as being more than just another Democratic mouthpiece for the unpopular president.

One of the ways in which she’s done this is to strongly oppose Obama’s “attack on Kentucky’s energy industry” by setting restrictions on coal in order to emphasize clean and renewable energy.

As a business attorney, Grimes says on her website, she “helped businesses open, expand and thrive in Kentucky, allowing them to create jobs and foster economic growth.” She specifically worked with the Salvation Army, hospitals and food banks.

In 2011, she was elected Kentucky’s secretary of state. As you can hear in the video above, in this role she served as the chief business officer, chief election official, and chief advocate for civic engagement.

Grimes is an outspoken advocate for women’s rights issues, including gendered income inequality, sexual and domestic assault, and abortion rights. She is also a firm supporter of increasing the minimum wage to $10.10 an hour.

You can read more about all of her stances on issues here. 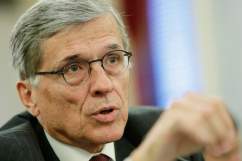