Erin Hamlin, 27, made history in Sochi today as she became the first ever American to medal in singles luge. The New Yorker placed in the bronze category with Natalie Geisenberger of Germany claiming the gold and her fellow German, Tatjana Hufner, winning the silver. The BBC reports, “is it possible to make winning an Olympic luge gold medal look comfortable?”

That’s enough of that though, here’s what you need to know about Team USA’s history maker:

1. She Suffers From Migraines

Since 2009, Hamlin has been an ambassador and spokesperson for the National Headache Foundation. She has suffered with migraine headaches for many years.

2. She Battle the Germans Before

She has been competing in luge since 2005. In 2009, at Lake Placid’s 2009 World Luge Championships, Hamlin broke the German stranglehold on the competition by winning the gold. It was the first time in 99 races that a German didn’t win.

3. She’s the Pride of American Luge

Her first Olympics was in Turin in 2006. Hamlin placed 12 in the women’s finals. Then at the 2010 Vancouver Games, she was once again selected to compete for Team USA where she placed in 16th position, the highest finish for an American. 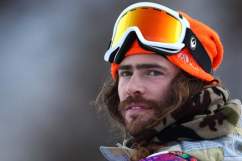 Prior to today’s medal, Team USA were 0-for-79 in singles Luge, which according to NBC Olympics, is akin to “0-for-forver.” Luge has been an Olympic event since 1964. 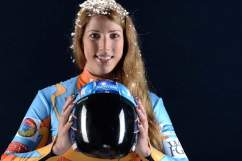