Here’s what you need to know about this terrible tragedy:

1. He Was Found Shot to Death

Cermeno was found shot and killed in a road in the Venezuelan state of Miranda on Tuesday, according to local police chief Eliseo Guzman.

Former boxing champion Antonio Cermeno was kidnapped and killed in Venezuela. The former super bantamweight and featherweight champ was 44.

No additional details have currently been made available about the identity of the kidnapper(s) or potential motive(s) behind this heinous crime.

Cermeno’s murder is similar to that of 29-year-old Monica Spear, a well-known soap-opera actress and former Miss Venezuela, who was killed in early January.

According to Sky News, Spear her British ex-husband Thomas Henry Berry were shot dead by assailants as they drove to Caracas with their daughter.

2. His Relatives Were Also Kidnapped, But Managed to Escape

Guzman said Cermeno, along with several of his relatives, were kidnapped near the La Urbina neighborhood in east Caracas. Cermeno’s relatives managed to escape when their assailants stopped to refuel the car. Antonio, however, remained captive.

Cermeno was the World Boxing Association super bantamweight from 1995 to 1998. He also held the featherweight title for nearly a year from 1998 to 1999. His ring moniker was “El Coloso” — meaning “titan” or “giant.”

The WBA tweeted its condolences after the news broke on Tuesday.

We are sorry to hear about the death of former champion Antonio Cermeño, he was a great person. May he rest in peace. pic.twitter.com/n9SwPYWI3i

Check out the video above to see Cermeno retain his super bantamweight title in a 1997 fight against Yuichi Kasai.

So sad to hear that former champ Antonio Cermeño was kidnapped and found dead. I had many great memories with him. RIP amigo

5. He Worked to Help Young Venezuelan Athletes After Retirement

According to BoxingScene.com, Cermeno became devoted to social work, including helping young Venezuelan athletes, after retiring from boxing. He was specifically involved with “street boxing” programs, which endeavor to take at-risk youth off the streets and teach them boxing as a deterrent to drugs, violence and crime. 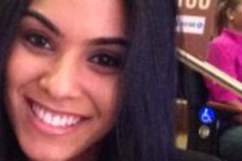 Read More
5 Fast Facts, Boxing, Breaking News
Cermeno, a former world boxing champion, was shot and killed in a botched kidnapping in his native Venezuela. He was just 44 years old.