A baseball game turned violent in Cuba on Monday when a player charged the mound with a bat and took a swing at the opposing pitcher, Baseball America’s Ben Badler reported.

In the bottom of the seventh inning, Villa Clara pitcher Freddy Sanchez hit Matanzas batter Yasiel Santoya in the head with a fastball. Two batters later, Alvarez pegged Victor Mesa Jr. — the son of the Matanzas manager — with another fastball.

Ironically, Demis Valdes, the bat-wielding instigator, wasn’t even in the game at the time.

Take a look above. 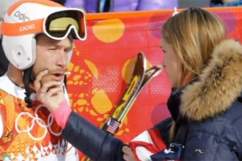