Broad Creek Middle School (Above, via JackieCCNT) in Newport, North Carolina has been evacuated following a report of a suspicious pacakge, reports TWC North Carolina.

1. Nobody Has Been Hurt

The school has been evacuated. There are no reports of any injures.

2. Cops Have a Suspect

Source on scene says MHC bomb dog has an alleged hit on the package. Law enforcement have a potential suspect at this time. #ccnews

After student noticed a suspicious package, school officials called police. A bomb dog alerted officers to a legitimate threat at the school, reports WCTI. A spokesperson for the school’s district, Tabbie Nance, described the item as a “suspicious object.”

3. The Students Have Been Brought to a Nearby High School

Parents can pick up there children from nearby Croatan High School from noon onwards, otherwise students will be taken home on their regular school buses, reports WNCT.

Parents who are picking up their children must have proper identification.

4. Bomb Squad Are on Scene

The bomb dog was from the Morehead City Police, a bomb disposal team are being deployed to the school.

The school has 625 students and serves grades 6-8. 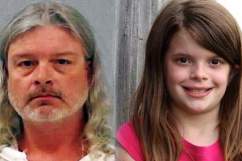