Charles “Charlie” Pittman has been charged with murder in the death of his fiancee, Olivia Green, who was found dead in her car last week at Tennessee’s Union University, a Christian college where they were both students.

Here’s what you should know about Pittman and this shocking development in the tragic case.

1. Pittman Is Charged With Faking His Fiancee’s Suicide

Around 7:50 a.m. on Wednesday, February 12, Greenlee, 21, was found dead inside her Toyota Corolla on the campus of the college — slain by a single gunshot wound. A gun was found inside the car.

Police allege Pittman, also 21, shot Greenlee in her car on Tuesday night and attempted to make it look like a suicide.

He’s charged with first-degree murder and tampering with evidence, according to the official press release from Jackson police.

Pittman will be arraigned on Tuesday morning, February 18.

2. He Was Studying to Be a Moral Leader

At Union University, a prominent Christian school founded in 1823 and serving some 4,200 students, Pittman is a senior in the Christian Ministry program.

Course offerings include “Approaches to Moral Decision Making” and “Contemporary Christian Life and Practice,” described as:

A course to investigate a wide range of contemporary issues as they relate to practical and ethical issues from a Christian perspective. Topics may include … marriage relationships, conflict resolution, evangelism, church involvement, Christian world view, devotional life, and practical ethics.

Amid the news of Pittman’s arrest, a statement from the university president urged students to “Let us ask for God’s wisdom, comfort, help and mercy during the days and weeks to come.”

3. He Was the Youth & Children’s Minister at a Local Church

Providence Baptist Church in Alamo, Tennessee, confirmed to the local ABC affiliate WBBJ that Pittman served as youth and children’s minister at the church, where he was employed since September of last year. He has been “suspended pending the investigation.”

At a memorial service last week, sorority sisters of Greenlee were among those to speak.

According to her obituary, Greenlee was a music education major at the school:

5. Union University Was Leveled by a Tornado in 2008

Students stand at the tornado ravished Union University on February 7, 2008 in Jackson, Tennessee. A swarm of tornadoes tore through Arkansas, Kentucky, Mississippi and Tennessee, leaving over 40 dead. (Getty)

Greenlee’s slaying isn’t the first time students at the school have seen their faith tested.

On February 5, 2008, a powerful EF-4 tornado delivered a direct hit on the campus, as chronicled in this video:

The tornado leveled 18 dorm buildings, causing $40 million in damage and leaving 80 percent of the campus uninhabitable. 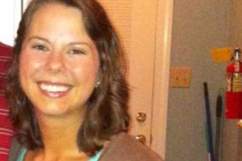