BPD on scene at Harvey Austin School on Sycamore. School in lockdown after reports of individual with gun near the school or on the grounds

Harvey Austin Elementary school in Buffalo, New York underwent a brief lockdown scare after reports of a gunman on campus came in to local police. After an initial search of the grounds, nothing was found.

After an initial sweep of the Harvey Austin School, nothing suspicious found. Heavy police presence remains with some kids inside school

1. 20 Cop Cars Responded to the Scene

2. Nobody Was Been Hurt

We have no reports of shots fired or any injuries.

Someone contacted Buffalo PD with a report of a gunman in the area of the school, which is located on Sycamore street in Buffalo, New York.

4. Parents Tried Force There Way Into the School

Anxious and worried parents were reported to be attempting to enter the school and were blocked off by police.

Buffalo School Board President Barbara Seals Nevergold confirmed the report but that it might be a “false alarm,” reports The Buffalo News. 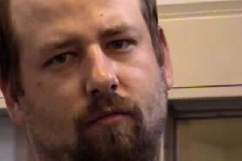 Read More
Breaking News, Crime
Harvey Austin School, in Buffalo, New York, is on lockdown after reports of a gunman nearby the school or possibly on campus.