Jose Pimentel, also known as Muhammad Yusuf, today pleaded guilty to less-severe charges as part of a plea bargain, five days before his trial. The 29-year-old will begin serving time for attempted criminal possession of a weapon in the first degree as a crime of terrorism.

Here is what you need to know about this alleged bomb-making jihadist.

Because of Pimentel’s plea bargain, the 29-year-old will serve 16 years in prison followed by five years on probation. This sentencing is much less severe than it would have been had he been tried on his original charges.

Before the bargain, Pimentel was being tried with weapons possession and conspiracy as a crimes of terrorism. Had he been found guilty of these crimes, he would be serving 15 years to life in prison.

The pipe bomb confiscated from Pimentel after his arrest in 2011. (Getty)

In 2011, the NYPD, with the help and a confidential informant, were able to collect hundreds of hours of audio and video recordings of Pimentel discussing his belief in violent jihad and reverence of al-Qaeda, and making pipe bombs.

When he was arrested, Pimentel was nearing completion on multiple pipe bombs, allegedly built with the intent of hurting Americans.

3. Pimentel Is a Dominican Native Who Converted to Islam

Police wait outside the NYC apartment Pimentel shred with his mother. From November, 2011. (Getty)

Pimentel is a native of the Dominican Republic who became a naturalized American citizen and spent a majority of his life in the United States. According to NYC CBS, he converted to Islam and began to go by Muhammad Yusuf around 2004.

4. He Allegedly Planned to Wage Jihad Against U.S. Soldiers

According to recordings and video acquired by the NYPD, as well as years of web content published under his name, Pimentel was an outspoken advocate for violent Jihad against the United States. According to the criminal complaint against him, he maintained the website http://www.trueislam1.com since October 2010. The website contained many articles about bomb making including, “Make a Bomb in the Kitchen of Your Home,” which originally ran in Al Qaeda’s propaganda magazine, “Inspire.”

During the month of November 2011, police document Pimentel and the informant’s process of building a pipe bomb with plans to “assassinate U.S. servicemen and women returning from active duty in Iraq and Afghanistan.”

Above you can read the official criminal complaint.

5. The Informant Got High With Pimentel All the Time

Ex-NYPD Commissioner Ray Kelly pointing out the pipe bomb on a press conference in November 2011.

The FBI was actively working on an investigation of Pimentel but decided not get involved or press charges after the NYPD investigation. This decisions came from the FBI’s uncertainty as to how much of an active role the informant played in the building of the bomb.

According to The New York Times, the FBI was also uncomfortable with the fact that Pimentel and the informant smoking a lot of marijuana together and carried out most of their conversations while high. 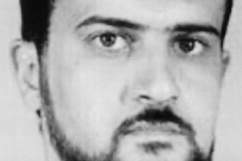 WATCH: Secret US Abduction of a Libyan Terror Suspect Caught on Tape