Olivia Carolee Culbreath, 21, allegedly killed six people over the weekend in Southern California after drunkenly speeding down a freeway on the wrong side of the road. Among the dead were four people traveling in another car and Culbreath’s two passengers, including her own sister, Maya, reports The Los Angeles Times.

The crash happened at 4:40 a.m. on Sunday, February 9, in Diamond Bar, California, and involved Culbreath speeding at around 100 miles per hour.

She has been charged with six counts of murder.

#BREAKING: A suspected DUI driver in a wrong-way crash that killed 6 people has been charged with 6 counts of murder

1. Culbreath Had a History of DUI & Had Just Gotten Her License Cleared

Culbreath had just gotten her license cleared following a string of traffic violations that included a DUI conviction from when she was just 16.

In 2010, she had two traffic offenses, losing her license. Her license was then reinstated in 2011, but revoked again a couple of months later due to accumulation of points. In November 2013, she had been due to appear in court on a charge of using her cellphone while driving, but she failed to show.

She had a restriction-free license as of last week. 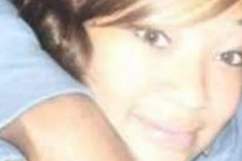 2. Culbreath’s Sister, Who Died, Also Had a DUI Conviction

Maya Culbreath who also died in the crash. (Facebook)

Culbreath’s sister, Maya, who perished in Sunday morning’s 100-mph crash, also had a DUI conviction, which resulted in her losing her license in May 2013. According to Maya Culbreath’s Facebook page, she had a young family with two children.

Unlike the six people she allegedly killed, Culbreath is recovering in hospital with a ruptured bladder and broken leg.

The Culbreath sisters’ brother, Kehtai, didn’t say much to the media when asked about his sisters, simply saying, “There’s not much to say. We’re all still grieving.”

4. The 4 Fatal Victims in the Other Car Were Family Members

The other car that was involved in the accident, a Ford Explorer, contained members of the same family. They have been named by police as Gregorio Mejia-Marintez, 47, Jasmine Mejia, 42, Jessica Jasmine Mejia, 20, and Esther Delgado, whose age has not yet been established, reports KTLA. All of the family were residents of Huntington Park, California. Jessica Mejia was the daughter of Gregorio and Jasmine, and Esther Delgado was Jessica’s grandmother.

A third car that got caught up in the crash was carrying Joel Cortez, 57, who received minor injuries and is recovering. His daughter recounted how her father described the scene of the wreck:

He remembers seeing part of an engine that hit him, pushed him against a wall, completely crushing both sides of our car. In shock, first thing he does is look around. There’s a freeway, two cars completely destroyed. And there’s bodies on the floor without heads…this is something you would see out of a movie.

Traveling in the car with the Culbreath sisters was Kristin Melissa Young, 21, who also died.

5. Police Believe Alcohol Was a Factor in This Crash

Loading more stories
wpDiscuz
0
0
Would love your thoughts, please comment.x
()
x
| Reply
Olivia Carolee Culbreath had a string of traffic offenses including a DUI conviction at 16.