Michael Dunn shot & killed a teen @ gas station after asking him 2 turn down the music in his car #InsideEdition 4:30 pic.twitter.com/vi4QbkoyHv

In November of 2012, 45-year-old software engineer Michael Dunn pulled into a gas station in Jacksonville, Florida, next to an SUV filled with black teenagers listening to loud music that he would later describe as “rap crap.” He asked the teens to turn their music down, and sometime after they refused, he fired 10 rounds into the SUV, three of which struck 17-year-old Jordan Davis, ripping through his liver, lung and aorta, killing him instantly.

Dunn claims that before he fired, Davis reached down and retrieved a double-barreled shotgun, and pointed it at Dunn.

Davis would have turned 19 today.

Dunn’s case rested on a claim of self-defense. He testified Tuesday that it was Jordan Davis who escalated the conflict to the point of deadly force.

Dunn described being overwhelmed by the volume of the teens’ music, saying, “The body panels on the SUV were rattling, my rear view mirror was shaking, my ear drums were vibrating.”

Dunn claims that after he asked the teens to turn it down, they complied, only to turn the music up even louder moments later. Over the thumping bass, he could hear voices in the car shouting racial epithets and death threats. He says he heard Jordan Davis screaming “I should f*cking kill that motherf*cker!”

In Dunn’s account, he was about to try to “de-escalate” the situation, when he saw the back window of the car roll down, and two black men with “menacing expressions” stare at him.

Dunn asked “Are you talking to me?”

Dunn then saw one of the men lean forward pick something up and slam it against the door, he then saw what he believed to be four inches of the barrel of shotgun sticking out throw the window. He claims Davis then said “You’re dead bitch.”

Dunn outlined his train of thought:

2. No Gun Was Found in the SUV

Undermining Dunn’s defense, is the fact that no weapon of any kind was found inside the SUV.

Additionally, his fiancee Rhonda Rouer revealed that Dunn did not ever tell her that the teens had had a weapon until a month after the incident.

Dunn’s attorney Cory Strolla noted that surveillance footage showed the SUV left the gas station and was gone for three minutes before returning, time enough for the teens to dump their weapons. Detectives did not search the area until several days after the shooting. Strolla argues that this provides his client reasonable doubt.

3. Dunn Left the Scene, Did Not Report Shooting

The Jacksonville gas station where the shooting took place.
Screenshot via CBS News

When Dunn arrived at the gas station that day, he was on his way back to a hotel room, after attending his son’s wedding reception. After the shooting, Dunn proceeded to that hotel room, without contacting the police about the incident.

According to ABC News, Dunn told police in his interrogation that he spent the afternoon “Sh-tting bricks, waiting for another caroload of thugs to come. I’ve never been so scared in my life.”

Dunn didn’t learn that one of the teens had died until that evening.

Dunn checked out the hotel the following day, and returned home to Brevard County where he was arrested.

While Dunn claimed Davis was in the process of exiting the SUV, shotgun in hand, when he chose to shoot, witnesses testified that the child locks on the SUV were engaged, and so Davis physically could not have gotten out of the backseat. Strolla countered that Davis could have opened the door from the outside by reaching through the window.

“That defendant didn’t shoot into a car full of kids to save his life. He shot into it to preserve his pride. Period. That’s why we’re here.”

5. Dunn Did Not Technically Invoke a ‘Stand Your Ground Defense

Dunn never evoked Florida’s controversial “Stand Your Ground” law, a provision that gives any citizen the right to defend themselves with deadly force, from any reasonable perception of mortal danger, with no obligation to attempt to retreat.

The law came under national scrutiny in the wake of Trayvon Martin’s killing in March of 2012. While George Zimmerman did not actually invoke the defense in his trial, it was on the basis of “Stand Your Ground” that police in Florida went six weeks without bringing any charges against him.

It is perhaps because of the controversy surrounding the law, that Dunn’s legal team chose not to make it a central part of their defense. Nonetheless, Strolla did say in closing arguments that his client had a right to “meet force with force.” 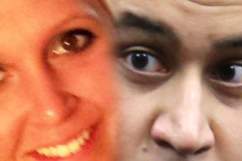