Miranda Barbour is a 19-year-old who has admitted to being a serial killer is currently awaiting trial in Pennsylvania. Read on for the unbelievable details.

1. Barbour Claims She’s Been Killing People Since She Was 13 Years Old

Miranda Barbour, of Sunbury, claims she killed more than 22 people as part of a satanic cult. http://t.co/p7tkbaeiho pic.twitter.com/jCzRlDOjBX

Miranda Barbour has admitted that she has been murdering people since she was only 13 years old. In fact, she said she’s killed so many people that she stopped counting after she hit 22 murders, but she did say that the murder count was under 100. According to TMZ, Barbour claims she can tell the police where each body is buried:

I can pinpoint on a map where you can find them. I remember everything. It is like watching a movie.

According to the NY Daily News:

The deranged young mom, who has a daughter from a past lover, claimed to have bodies stashed in California, North Carolina and Texas, as well as Alaska, where most of the murders took place.

Whenever she would kill her victims, Barbour said she became “Super Miranda.” CNN reportedly spoke with an unidentified law enforcement official who claims that Barbour’s murder claims could definitely be the truth.

A law enforcement source close to the investigation said Miranda Barbour’s new claims could be “the real deal” … The FBI’s Philadelphia Division has recently been in contact with the Sunbury Police Department regarding Miranda Barbour, and will offer any assistance requested in the case. 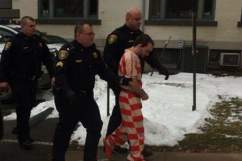 2. She’s Awaiting Trial for Allegedly Killing a Man She Met on Craigslist

Miranda Barbour just arrived at Northumberland County Courthouse for her 9am prelim. pic.twitter.com/tmMqQ81Z6X

Right now, she’s sitting in a Pennsylvania jail, waiting to be tried for the stabbing of her latest alleged victim, Troy LaFerrara, whom she allegedly stabbed approximately 20 times. Apparently, the knife Barbour used was “one of her favorites.” TMZ writes:

She tested him and said she was only 16 and he responded by saying he’d still have sex with her. And — as a molestation victim herself — that set her off.

The molestation news has been confirmed by The Daily Item:

Miranda said when she was 4, she was sexually molested by a relative. Elizabeth Dean, Miranda’s mother, confirmed Saturday that her sister’s husband was later arrested and charged with sexual abuse of a minor and sentenced to 14 years in prison.

3. Her Husband Allegedly Helped Her in LaFerrara’s Murder

Elytte Barbour has arrived at Northumberland County Courthouse for his preliminary hearing. pic.twitter.com/VYQNtjuzwd

Apparently, Barbour is a newlywed of only three weeks and claims that her husband helped her murder LaFerrara in their car. ABC15 reports that prosecutors are seeking the death penalty against Barbour and her husband, 22-year-old Elytte Barbour.

Police allege in court papers that Elytte Barbour told investigators they committed the crime because they wanted to kill someone together. The couple, who were married in North Carolina and moved to Pennsylvania about three weeks before the crime, told police Miranda Barbour stabbed LaFerrara in the front seat of her car while her husband held a cord around his neck.

This murder is being called a “thrill kill” to celebrate the couple’s three-week wedding anniversary. NY Daily News gave further details on the murder plot:

Miranda lured the lonely 42-year-old with a Craigslist ad offering “companionship,” and the two met in the parking lot of a shopping mall before driving to a spot in Sunbury, authorities said. Elytte Barbour hid beneath a blanket in the Honda CRV’s backseat and, after receiving a signal from his wife, jumped up and wrapped a cord around the LaFerrara’s neck, prosecutors said.

Strangely, though murder was allegedly the plan, stabbing was not. Miranda Barbour claims:

According to Euronews, psychiatric tests are to be conducted on Barbour and her
husband.

4. The Media Is Comparing Her to the TV Character ‘Dexter’

Like the main character on the show Dexter, Barbour claims to only kill “bad people” like those who’ve abused children or owe money. She stated:

I did this to people who did bad things and didn’t deserve to be here anymore.

Nonetheless, she feels she needs to be behind bars because, she says:

If I were to be released I would do this again.

5. A Satanic Cult Is Supposedly Involved

According to TMZ, a satanic cult had influence over Barbour at first:

In an interview with the Daily Item … Barbour says the first murder coincides with joining a satanic cult in Alaska.

Barbour claims she was introduced to murder by the cult’s leader.

The cult’s leader let her tag along on a hit on someone who owed him money, she said. The unnamed leader shot the man and then handed her the gun to finish him off, she claimed.

"Miranda #Barbour, 19, of #Pennsylvania said she #killed at least 22 others across the #US as part of her involvement in a #Satanic #cult."

Apparently, Barbour wasn’t able to pull the trigger alone. The cult leader aided her and from that point on, she claims that she continued to kill people. In addition, Francis Scarcella, who interviewed Barbour for The Daily Item, revealed this to TMZ: 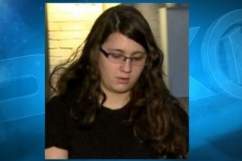 Read More
Craigslist, Murder, Twitter
Miranda Barbour, 19, has admitted to a couple dozen murders as she awaits trial for her latest victim. Read on for the unbelievable details.