The old saying, “a picture says a thousand words,” springs to mind. With the Internet alive with stories of “fails” going on around Sochi in the build-up to the winter games, the opening ceremony had a major snafu. In a beautiful display where snowflakes became Olympic rings, one snowflake decided to stay unique and didn’t sync up with the rings.

Is it possible that the failure was a purposeful political slight? The ring that remained unopened is traditionally the red-colored ring on the Olympic symbol. The red ring represents North and South America, a region of the world Russia has had diplomatic problems with in recent months.

Putin at the opening ceremony. (Getty) 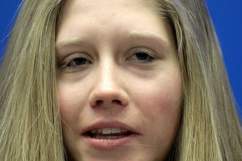