Glenn Mull has been named by his family as the heroic pilot who saved the lives of dozens inside a Nashville YMCA on February 3. He was piloting a gulfstream jet when he ran into problems. Masterfully, Mull avoided hitting any of the surrounding buildings, including a YMCA and a retirement home, but sadly could not maneuver a safe landing. Those killed in the crash have been named as Glenn Mull, Elain Mull, Amy Harter and Samantha Harter, all from Kansas, reports NewsNet 5.

1. The Local Fire Chief Said Mull Did ‘One Hell of a Job’

Witnesses say that the plane took a hard right turn before hurtling to the ground close to John C. Tune Airport in Nashville, Tennessee. In doing so, Mull was able to avoid hitting any of the surrounding buildings. District Fire Chief George Hickey told WTVF:

That tells me the pilot did one hell of a job protecting lives.

The crash occurred about 10 miles from the airport, shown here:

The plane was a Gulfstream 690C that took off from Great Bend, Kansas at around 2:45 p.m. on February 3, reports KWCH. YMCA employees estimate there was around 300 people in their building at the time of the crash.

2. The Victims Are All Family

3. The Extended Family & Friends Are in Mourning

A family spokeswoman, Lori Gibson, told the media in a statement:

In light of this tragedy, the family is in the process of coming to terms with the shock of this loss – and also addressing the immediate needs and concerns of the employees, business and community.

On Monday evening just outside Nashville, Tenn., our family suffered a horrific loss with the death of Glenn, Elaine, their daughter Amy, and granddaughter, Samantha. The tremendous void left in the ashes of the crash will be a stinging reminder of the ones taken too soon.

My heart goes out to the entire Mull family during this difficult time. Glenn was a devoted husband, father and grandfather. Both he and his wife Elaine were well-known for their generous spirit and commitment to improving Pawnee County. Glenn, Elaine, their daughter Amy and granddaughter Samantha will be greatly missed. I ask all Kansans to join me in keeping their family and friends in our thoughts and prayers during the days ahead.

4. He Owned a Successful Agri-Business

Mull owned a prominent agricultural business, Mull’s Farms and Feeding near Pawnee Rock in Kansas (above). The plane that crashed was registered to his business, according to KWCH. An official statement from a company spokesperson stated that nobody should expect to lose their job as a result of the loss.

Judging by a post on Elaine Mull’s Facebook page in January 2012, Glenn Mull was also a karaoke king:

5. The Cause of the Crash is Unknown

The plane had come from Great Bend Municipal Airport in Great Bend, Kansas and was in its second approach to Tune Airport when the accident occurred. The cause of the crash has not been revealed. Though Nashville police officer, Don Aaron, told The Wichita Eagle:

Something caused it to be very low. There is a report that it maybe banked just a bit, impacted the trees, and went down in that yard beside the YMCA. 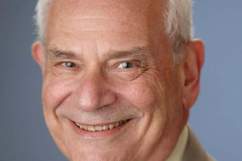 Loading more stories
wpDiscuz
0
0
Would love your thoughts, please comment.x
()
x
| Reply
Glenn Mull's heroics are credited with saving the lives of dozens at a Nashville, Tennessee YMCA. Sadly, however, Mull and his passengers lost their lives in the crash.