Ted Agu, 21, is University of California-Berkeley football star who died after a training session on Friday February 7, reports San Jose Mercury News. Agu was going to be a fifth-year senior, reports The Bakersfield Californian.

1. Agu Was Rushed to Hospital After Training

Agu died at a local hospital after encountering problems during a conditioning run, according to team mate’s Kyle Kragen father. His team mate said that Agu passed out during the run. Kyle Kragen is the son of former Denver Bronco Greg Kagen.

A press conference was held at 2:30 p.m. local time where Berkeley officials told the media that Agu was doing a training run at around 6 a.m. on the day he died. The team medical staff saw him having problems and put him on a medical car where he was “alert.” When the staff got Agu to the stadium he collapsed. Staff made attempts to revive him, including using a defibrillator. An ambulance was called and Agu was rushed to hospital where he was pronounced dead.

The San Francisco Chronicle reports that there “has been some speculation that Agu may have suffered from a pre-existing medical condition.” The case now belongs to the coroner who will take 6 to 8 weeks to determine the case of death. 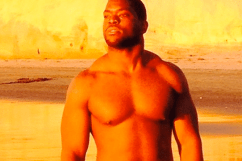 2. The Team’s Management Notified the Media

Ted Agu was a tremendous human being and someone our student-athletes looked up to. He will be greatly missed. #RIP pic.twitter.com/3yAhhX1l6w

His death was confirmed in a football office email:

As many of you may have heard, the Cal Football Family suffered a tragic loss this morning. One of our beloved players, Ted Agu, has passed away. We have few details at this moment, but will communicate with the entire football family once they come to light.

Please keep Ted and his family in your thoughts and prayers during this difficult time.

This is a very difficult time for our football family. Ted was a remarkable young man and a member of this family who was highly respected and loved by his teammates and coaching staff. He had an incredible passion for life and will be deeply missed.

Our heartfelt condolences go out to Ted’s family. This is a very painful time for the entire Cal family; in the days and weeks ahead, my focus will be on providing every member of our community the support and information they need to get through this time. I would ask that media please respect and understand how this tragedy is impacting Ted’s family, his teammates, friends and the members of our campus community. We will get through this together.

One of the nicest, most hard working, and joyful people to be around. You will be greatly missed. RIP Ted

Can't believe the news I heard about Ted Agu this morning. Nicest guy you'd ever meet. Proud to say I was his teammate, Love you bro

3. He Played as a Defensive End

He played as a back-up defensive end, and sometimes as a linebacker, for the team and was in his junior year, according to his official bio. In the 2013 season, he played in college career high of seven games. Back in his two previous seasons in 2011 and 2012, he played just five times combined, according to The Daily Californian.

4. He Was an Honor Roll Student in High School

Agu attended Frontier High School in his hometown of Bakersfield, California. During his four years there he made the honor roll each time and also played basketball at the school. His career in high school is described as:

Earned All-Southwest Yosemite League honors in each of his final two prep seasons, leading the conference with 12.0 sacks as a 2009 senior after posting 8.0 sacks in his junior campaign … also had 62 tackles during his senior year and added an All-Area selection for a squad that was the Division III Central Section runner-up and finished with an 11-2 overall record … posted the biggest games of his senior season against Ridgeview when he recorded 3.0 sacks to earn Defensive Player of the Game honors and Exeter when he registered 12 tackles … also played basketball and participated in track and field … an honor roll student all four years of high school who was named the most academic player on his basketball squad during both his 2007-08 sophomore and 2008-09 junior campaigns.

Just last week, Agu posted a video on Instagram of himself storming the court after a UC Berkeley basketball victory.

5. He Tutored His Team Mates

Agu’s full name was Ted Obinna Agu, born on May 8 1992. He had a brother named Kency Agu. On his Facebook page, he says that his job is as a “Fry cook at the Krusty Krab.” The Contra Costa Times reports, Agu made the Pac-12 All-Academic second-team honors with a 3.28 grade-point average.

Agu was also proud of his Nigerian heritage, posting this on Instagram: