An Honor Guard soldier in the National Guard has been suspended indefinitely after photos posted onto social media show her and her comrades, seen above, posing in front of a coffin draped in an American flag. The caption read, “We put the FUN in funeral.”

Here is what you need to know about this brewing controversy:

The offending photo was posted onto Instagram by Specialist Terry Harrison, a member of the 1st Battalion, 147th Aviation Regiment in Madison, Wisconsin. She served as a member of the Honor Guard that conducted military funerals.

Another controversial picture on her Instagram account had the caption, “It’s so damn cold out…WHY have a funeral outside !? Somebody’s getting a jacked up flag.”

2. Harrison Has Been Suspended

All of Harrison’s social media accounts, including her Instagram have been deleted, and she has been suspended from funeral honors by the National Guard indefinitely.

3. The National Guard Initiated an Investigation

On February 18, the Wisconsin National Guard released a statement announcing it would start an investigation of the pictures and those responsible. Major General Paul Dunbar, the Wisconsin Adjutant General, is quoted in the Public Affairs Office statement, saying:

We expect all of our Soldiers and Airmen to live by a core set of values, in word and deed. I was appalled by the offensive photos and comments that appeared on this Soldier’s social media site regarding her duties as a funeral honor guard member.

Although some people in the military community are showing support for Harrison, saying that soldiers are allowed to blow off steam, for the most part she has been met with violent criticism.

The National Guard announced that part of the reason behind Harrison’s transfer and the deleting of her social media accounts was due to the large amount of death threats she received in the wake of the incident.

5. Other Soldiers May Be Suspended 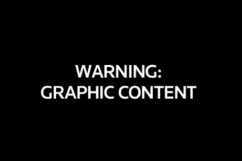 Marine Sgts. Busted for Pissing on Taliban Corpses on Video

Loading more stories
wpDiscuz
0
0
Would love your thoughts, please comment.x
()
x
| Reply
Terry Harrison, a Wisconsin National Guardsman, was suspended for posting a funny Instagram picture at a military funeral — with a coffin.