Independent investigator Ted Wells has released his independent report to the National Football League regarding Jonathan Martin’s allegations of bullying by Richie Incognito and general workplace misconduct in the Miami Dolphins locker room.

Wells found Incognito and other teammates guilty of harassing Martin and other young Dolphins offensive linemen.

You can read the full report below:

But for those who don’t have the time or the patience to read through all 144 pages, here are the main points of Wells’ findings:

The harassment in Miami’s locker room wasn’t limited to just Richie Incognito bullying Jonathan Martin. Two other Dolphins offensive lineman, John Jerry and Mike Pouncey, were also found to have not only mistreated Martin, but other Dolphins linemen.

The Wells Report also concluded that the constant abuse from teammates not only humiliated him, but also contributed to his mental health issues.

The report states the following:

The evidence shows that Martin was distressed by his teammates’ language, but attempted to hide his pain, believing that he was too sensitive and that the barbs would stop after his rookie year.”

3. The ‘Locker Room Culture’ and Alleged Friendship Between Them Not an Excuse

Many Incognito apologists pointed to the supposed NFL “locker room culture” as a valid excuse for the behavior that went on behind the curtains in Miami. Incognito and Martin were also thought to be friends, making the vulgar comments, tweets and voicemails nothing more than playful banter in some people’s eyes.

The Wells Report finds neither claim to be true, stating the following:

Although Martin claimed that he occasionally asked Incognito, Jerry and Pouncey to stop making crude remarks about his mother and sister, Martin acknowledged that he typically did not challenge language he found hurtful; instead, he often turned or walked away or attempted to use body language to convey his disapproval, or just tried to laugh it off. Martin also asserted that he befriended Incognito, Jerry and Pouncey in an effort to reduce their abuse and that he sometimes participated in their vulgar banter in an effort to fit in.”

Incognito sat down with Fox’s Jay Glazer to discuss the issue in November 2013. Watch the interview below.

The role of “racial animus” was not entirely clear.

The role of race in this matter was difficult to resolve. Martin told us that he believes that Incognito harassed him in part because Incognito was motivated by racial animus. Incognito claimed that he was never so motivated and that his language must be evaluated in the context of his unique friendship with Martin. We find the evidence on this question ambiguous and conflicting, and we decline to make a finding either way.”

5. Coach Joe Philbin and Front Office Members Were Not Aware

The presence (or lack thereof) of Dolphins head coach Joe Philbin and his staff during these matters became a question once the story entered the public consciousness.

Some people wondered, “How could the head coach allow this type of behavior in his locker room?”

The Ted Wells Report found that the coaches and other front office members were not aware of what was going on, but praised Philbin for promoting accountability and integrity throughout the organization.

The report states the following:

We find that Head Coach Joe Philbin was not aware of the mistreatment of Martin, Player A or the Assistant Trainer. After interviewing Coach Philbin at length, we were impressed with his commitment to promoting integrity and accountability throughout the Dolphins organization—a point echoed by many players. We are convinced that had Coach Philbin learned of the underlying misconduct, he would have intervened promptly to ensure that Martin and others were treated with dignity.” 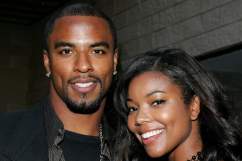