The White House was placed on lockdown by the Secret Service just after 3 p.m. on February 7, reports NBC News via BreakingNews.com.

1. A Man Tried to Climb a Fence

A person tried to get access to the White House by climbing over a fence, reports Breaking News. CNN reporter Dave Stewart says that the man was carrying two bags.

2. Nobody Has Been Hurt

We have no reports of any injuries.

According to the White House’s schedule for President Barack Obama, the president is in Michigan right now. He is due to arrive back in D.C. at 4:50 p.m. local time.

A man has been arrested by the Secret Service in relation to the lockdown. D.C. police are clearing the bags from the scene. The man never made it over the fence, reports CNN.

5. The World is on Edge Right Now

This lockdown comes as the world is in fear of a terrorist attack at the Sochi Olympic games. The last time the White House went on lockdown back in October 2013, when a woman, Miriam Carey, 34, rammed a barrier on the building’s perimeter. She was pursued by the Secret Service, shot and killed. 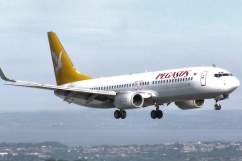 Hijacker Tries to Divert Plane to Sochi: 5 Fast Facts You Need to Know

Read More
Barack Obama, Breaking News, Washington
wpDiscuz
0
0
Would love your thoughts, please comment.x
()
x
| Reply
The White House has been placed on lockdown according to NBC News. Stick with Heavy.com for what you need to know.