Legendary NBC news man Tom Brokaw has revealed that he was diagnosed with cancer after a 2013 visit to the Mayo Clinic, according to NBC.com.

1. He Was First Diagnosed in August Last Year

According to NBC, Brokaw is suffering with “cancer affecting the blood cells in the bone marrow.” The diagnosis came during an examination at the Mayo Clinic in August 2013.

When talking about his health, Brokaw said that he is “the luckiest guy I know.” His doctors have said that the prognosis is good. The news man published a letter on NBC’s website reading:

With the exceptional support of my family, medical team and friends, I am very optimistic about the future and look forward to continuing my life, my work and adventures still to come.

I remain the luckiest guy I know.

I am very grateful for the interest in my condition but I also hope everyone understands I wish to keep this a private matter.

Ten-year myeloma sur­viv­al rates also increased markedly. However, the average newly diagnosed mye­lo­ma patient in the late 2000s was still only 25 percent as likely to live an ad­di­tional ten years as a member of the general population.

3. Cancer Won’t Stop Him From Working

Despite his illness, Brokaw has contributed to NBC’s coverage of the Sochi Olympics. As well as working NBC’s documentary about the Kennedy assassination.

Recently, Brokaw was highly supportive of drugstore chain CVS’s decision to discontinue sales of cigarettes. In his opinion piece, he wrote:

Part of the reason is personal. I’ve lost eleven tobacco-addicted friends to lung cancer, most recently a Montana ranch woman who could survive a terrible horse riding accident, long bitter winters and hard, hard work — but not cigarettes

The other motivation is the high cost of American health care. Most national health experts say if you want to have an immediate impact on the high cost of health, outlaw cigarettes and reduce the cancer, emphysema, heart attacks and second hand smoke consequences they bring with them.

5. He’s Been at the Peacock Network For 47 Years

Brokaw has been an employee of NBC since 1966.

In 2012, Brokaw was rushed to hospital after an appearance on MSNBC’s Morning Joe, according to Deadline. His sudden illness was related to taking a “half-dose of Ambien.”

All is well Early AM I mistakenly took a half dose of Ambien and made less sense than usual. Made a better comeback than Giants… 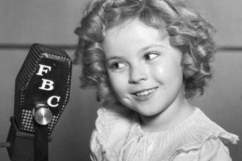 Read More
Breaking News, Celebrities, Tom Brokaw, TV
Brokaw has said that the prognosis is encouraging and calls himself "the luckiest guy I know."