On Wednesday, actor and screenwriter Seth Rogen testified before the Senate Appropriations subcommittee on Labor, Health and Human Services and Education, which oversees spending on issues of health and wellness. Despite Rogen’s jokes about his marijuana usage and genitalia-driven humor, he was there for the serious issue of Alzheimer’s research.

Rogen, whose mother-in-law suffers from early-onset Alzheimer’s, has been active in his fundraising and activism for Alzheimer’s research for the past few years. Unfortunately, most members of the subcommittee couldn’t be bothered to hear the comedian speak on such a dire issue. Pictures of the committee chamber and Rogen’s tweets reveal that the speech was given to only three of four senators. You can watch his testimony above.

All those empty seats are senators who are not prioritizing Alzheimer's. Unless more noise is made, it won't change. pic.twitter.com/xDW6tlMHmH 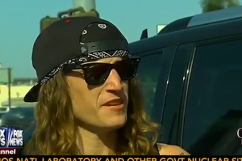