Although some competitions began on February 6, the real action in Sochi doesn’t begin until after the opening ceremony on February 7. The festivities begin at 11 a.m. ET but will not be broadcast until 7:30 p.m. ET on NBC in the U.S. We should have a few surprises, but it will deinitely include all of the favorites, such as the parade of the teams and lighting of the torch.

A general view of workers preparing for opening ceremony ahead of the Sochi 2014 Winter Olympics at the Olympic Park on February 6, 2014 in Sochi, Russia. (Getty)

A massive musical and performance theater spectacle will be in-play. It might not replicate Beijing’s 2008-display, but I’m sure it will still be pretty cool. According to a Wall Street Journal report, a display of Russian history will involve 3,000 performers. It is set to include a replication of Peter the Great’s massive fleet of ships and a telling of some of Russia’s most famous fairy tales. 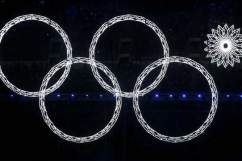 The Moscow Times’ reporter Ivan Nechepurenko claims to have seen some behind the scenes and he’s expecting Russia’s musical history to play a huge part in the display. A focus will be placed upon classical and ballet Russian music, but there will be performances from contemporary Russian DJs, not to mention, Putin’s favorite band, Lubeh. The Russian president’s favorite band play mainly pro-Russia patriotic/military songs.

The event’s musical numbers will be choreographed by Daniel Ezralow, according to The Wrap, who most famously worked on the disastrous Spiderman: Turn Off the Dark Broadway musical. He’s also known for his work on The Beatles’ drama, Across the Universe. Ezralow spoke to The Wrap in an interview, telling them:

I’m presenting 20th Century Russia, which is, coming from L.A., quite a feat. Like any country, we can identify the dark aspects of different centuries, and also see the positive. What I did start to see here is that Russian culture and the Soviet life in Russia, to us as Americans, was very much the communist rule, closed down and everything.

But in a strange way, a lot of Russians lived very wonderfully. Obviously there were a lot of problems, a lot of issues – there are certain things I don’t talk about [in the piece] because they really don’t apply to the opening ceremonies.

I think that it’s very important not just for these Olympics but for all Olympics, all performances of this nature, that when we’re doing sort of a mass kind of large scale unified world event — I choose very personally to focus on the positive, do something that is uplifting.

The entire event, however, is being directed by Russian TV director, Andrei Boltenko.

U.S. President Barack Obama originally had planned to send legendary tennis icon Billie Jean King as the official U.S. representative but she backed out to look after her ailing mother, Rita, in Arizona. The New York Times noted:

As one of three openly gay athletes who were set to represent the United States at the Games, King would have personified a rebuke of Russia’s ban on so-called gay propaganda.

The U.S. delegation decided not to replace King, but will go ahead with openly gay athletes Brian Boitano and Caitlin Cahow as representatives. Also included in the representative team is former secretary of homeland security Janet Napolitano, according to USA Today.

Olympic team is so lucky to have @RalphLauren making us look great in the opening ceremony outfits- Check it out! pic.twitter.com/q56uZoADGR

5. How to Watch Online

A general view of workers preparing for opening ceremony ahead of the Sochi 2014 Winter Olympics at the Olympic Park on February 6, 2014 in Sochi, Russia. (Getty)

The games’ opening ceremony aren’t being broadcasted live in the U.S. (NBC aren’t even streaming live), it will be available at 7:30 p.m. on NBC, MSNBC, CNBC and the NBC Sports Network. Check your local listings here.

Meanwhile in Canada, the Canadian Broadcasting Company will be broadcasting all the action live from 10 a.m. ET, and will also stream it online. In Australia, the ceremony will be broadcast live in Melbourne and Sydney on Channel Ten beginning at 2:50 a.m. on February 8. Over in the U.K., the event will be covered by the BBC beginning at 7 p.m. GMT. 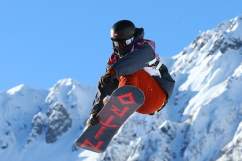