It had been rumored that White was dating his dance partner of many years, Meryl Davis and White and Davis today became the first ice dancers to win gold for the U.S.

Belbin, his real girlfriend, is also a retired Olympic ice dancer. Here’s what you need to know about her:

1. White Has Been Keeping the Relationship on the ‘Down Low’

The couple have been together for several years and even competed against each other in the competition at the 2010 Vancouver Olympics. They were keeping their relationship on the “down low” throughout the competition. White spoke to the Detroit Free Press about it back in 2010, saying:

We don’t really talk about it. As an ice dancer, we take our on-ice relationships so seriously, and that’s really the way we like to go about it. (Davis and I) are just presenting ourselves as a team, and all the rest of that (with Belbin) can wait for later.

Meryl and I are oftentimes trying to portray people who are in love. We’ve always been great friends, and we have a special relationship, but we’ve never been romantically involved. 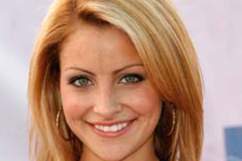 2. Belbin Is an Olympic Silver Medalist

The highest honor that Belbin achieved in her career was a silver medal with partner, Ben Agosto, at the 2006 Turin Olympics. Four years later the team finished fourth when her boyfriend and Davis went on to win silver.

3. Belbin Has Been Critiquing White’s Performances

At the Sochi Olympics, the retired Belbin is working as an analyst for NBC and is critiquing White. she says, “I do have an objective eye, to a certain degree of course. I’m also nervous about watching them skate. I want them to succeed.” 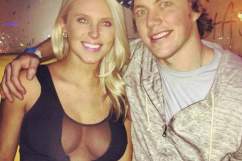 4. Belbin Is a Canuck

She’s originally from Canada — born in Kingston, Ontario, and raised in Quebec. In 1998, she moved to Detroit. She became a U.S. citizen in 2005 and since then has represented the U.S. internationally. In 2010, having been training in Pennsylvania for a time, Belbin moved back to Michigan to be closer to White and to attend Eastern Michigan University.

5. Skating Is in Her Blood

Belbin’s mother, Michelle (McKinlay) Belbin, is a former-figure skater who after retirement made most of her daughter’s costumes. After, Tanith retired, she’s worked as a choreographer and as a commentator on ABC’s Skating with the Stars.