Muhammad Abdullah Hassan, or John Thomas Booker, 19, has been named by Fox News as a the U.S. Army recruit who is alleged to have been plotting to wage jihad against the U.S. military from within. Fox News later updated their story to indicate that Hassan is now in a private mental health facility. 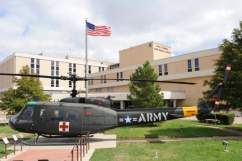 Shooting at Fort Hood: 5 Fast Facts You Need to Know

He’s lives in Topeka, Kansas. According to his Facebook page Muhammad Abdullah Hassan from Topeka, Kansas, he went to Topeka West High and the Flint Hills Job Corps. His favorite restaurant is the Orange Leaf Topeka.

John Thomas Booker Jr. graduated from Topeka West High School in 2012. A Topeka Capital Journal article from December 2011, details a group of Topeka West Army Jr. ROTC cadets who were volunteering for a children-in-need program. A Cadet Master Sgt. John Thomas Booker Jr. told the paper how much he enjoyed helping the less fortunate saying “I can’t have a good Christmas if they don’t.”

The Fox News report details that Hassan enlisted in the U.S. Army in February 2014 and was scheduled to begin basic training on April 7. Hassan was on a delayed entry program. According to army officials, he never displayed any anti-American sentiment during the recruitment process. He was discharged from the service last week when army officials learned of his plans. Hassan is being hunted by the FBI and the 902d Military Intelligence Group at Fort Leavenworth.

3. The Military Have Been on Alert Since Last Week

An alert was circulated among military personnel on Friday March 28 warning of Hassan’s alleged plan of a “Fort Hood-inspired jihad against U.S. soldiers.” According to Fox, the warning was issued “to inform and protect officers who may encounter this individual or others exhibiting the same aspirations.” The warning came from an FBI agent. Later law enforcement officials stated that Hassan had been under the watch and there was never any man hunt for him. 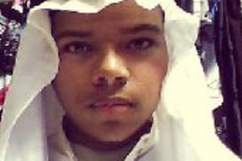 Through postings on Hassan’s Facebook page, beginning on February 23, he posted al-Qaida propaganda materials. There are also photos of Osama bin Laden and a video of the 9/11 mastermind reciting the Quran. On March 15, Hassan posted:

Oh those of the ummah of the Prophet Muhammad(S). I will soon be leaving you forever so goodbye! I am going to wage jihad and hopes that i die. I want to be with my lord so bad that I cry but I will miss you guys I am not going to lie. I wish I could give you guys more but I am just a guy who is so very poor.

I am telling you I am so broke that my pockets are sore:) I cannot wait to go the Prophet Muhammad’s(S) door and prank Isa bin Maryam and party so hard that it will rock Jannah to its core. Only Allah knows what the future has in store so that should make you fear Allah much much more.

5. The Case is Highly Reminiscent of the Fort Hood Massacre

On November 5, 2009, Maj. Nidal Hasan, an army psychiatrist, who had become radicalized while an enlisted man, killed 13 people at Fort Hood. In the attack, 30 others were wounded after 200 bullets were fired. Hasan, who was born in Virginia, said the attack was revenge for U.S. led wars in Afghanistan and Iraq. He represented himself during his subsequent trial and was sentenced to death in August 2013.

Loading more stories
wpDiscuz
1
0
Would love your thoughts, please comment.x
()
x
| Reply
On his Facebook page, Hassan wished goodbye to his friends as he prepared to die in jihad.