According to a Department of Justice release, prolific tweeter and hedge-fund manager, Anthony Davian, 34, has pleaded guilty to a string of fraud charges. The Ohio-based Davian is known for his heated debates on social media as well as his “highly successful investment firm.”

Here’s what else you need to know about him:

1. His Charges Include Money Laundering

2. Davian Has Tried Suicide, According to Reports

He was reported to have attempted suicide during the summer of 2014. This came after the first investigations began against Davian. When asked about the attempt, Davian called it “accidental carbon monoxide poisoning,” reports The Southern Investigative Reporting Foundation.

@BoydRoddy I am at a party. Fuck off on I got arrested. You spread lies. What a "journalist" you are.

Through his Twitter handle, @hedgieguy, he offers financial advice, confronts journalist who write about him and posts pictures of his family. 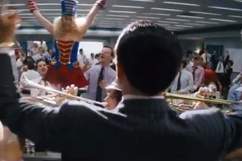 4. Investors Lost $1.8 Million Due to Davian

5. The SEC Called Davian’s Company ‘Nothing More Than His Piggy Bank’

According to the LinkedIn page of his company Davian Capital:

Davian Capital Advisors LLC is an Akron based, global investment firm founded in 2007 by Anthony Davian. We manage two equity hedge fund products striving to make returns in any type of market. Our biggest asset is our people and each person in our firm is hand selected one by one. The herd mentality is our enemy and we pride ourselves on not only being different, but second level thinkers.

But the SEC has a contrasting view of the company, calling it, “Nothing more than Davian’s personal piggy bank.” They add that the business was used, “to finance construction of a luxury home for himself, and to buy himself a luxury car, among other things.” 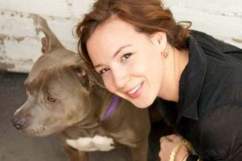