On Tuesday morning, March 25, the former Indiana University and Texas Tech coach was talking about the relationship between the NBA and college basketball when he used a rape analogy to describe how the two interacted. Listen to his comments in the video above.

As reported by the Indystar, Knight said:

This comment comes almost 30 years after Knight’s last infamous rape comment. According to the New York Times, in April 1988, Knight was speaking about the best way to handle stress when he compared it to rape, saying, “I think that if rape is inevitable, relax and enjoy it.”

Knight tried to backpedal, saying, “I’m not talking about that, about the act of rape. Don’t misinterpret me there. But what I’m talking about is, something happens to you, so you have to handle it — now,” but the damage had already been one. He received a wave of criticism and and a public reprimand from the university. 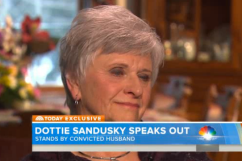