Here is what the transcript reveals:

The Telegraph reports that the banter between the pilot and co-pilot was perfectly routine, however, before the plane’s takeoff, co-pilot Fariq Abdul Hamid, 27, seemed a little informal.

At 12:36 a.m. local time, Hamid, “took a slightly casual approach and at times departed from the formal wording,” but, “nothing in his banter gives any sign that the plane was about to fly off course or disappear.”

At around 1:07 a.m. the plane communicated that it was at a cruising altitude of 35,000 feet. What’s suspicious is that a completely unnecessary check-in, repeating the cruising altitude, was transmitted six minutes later. Why?

3. Experts Say Neither of These Things Are Particularly Suspicious

However suspicious these things might seem, experts speaking to the Telegraph say that nothing particularly out of the ordinary happened.

Steve Landells, a former British Airways pilot, said of the repeated check-in, “It could be as simple as the pilot forgetting or not being sure that he had told air traffic controllers he had reached the altitude. He might be reconfirming he was at 350 [35,000 feet]. It is not unusual. I wouldn’t read anything into it. ”

4. Authorities Believe the Plane Was Still Communicating After ‘Sabotage’

The full transcript of the communications indicated to authorities that the plane was either hijacked or sabotaged while the plane still had contact with the ground. This would imply that the shutdown of communication and tracking equipment was on purpose and not the work of an electrical fire.

The plane went “missing” at a point when it was supposed to transition from communicating with controllers in Malaysia to controllers in Vietnam. Stephen Buzdygan, a former British Airways pilot, told the Telegraph, “If I was going to steal the airplane, that would be the point I would do it. There might be a bit of dead space between the air traffic controllers..It was the only time during the flight they would maybe not have been able to be seen from the ground.” 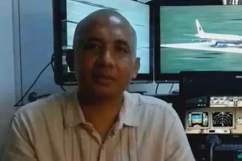 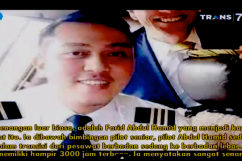 Read More
Airplanes, Breaking News, Malaysia, Malaysia Airlines Flight MH370
UK's Telegraph was given a recording of all of the communication between Malaysia Flight MH370 and the ground before it disappeared.