Marquise Braham was just 18-years-old and a promising student at Penn State when he jumped to his death on March 14. Now his father, Rich Braham, is saying that the motive behind his son’s suicide was bullying he received during hazing for the fraternity Phi Sigma Kappa, reports Long Island News 12.

1. During Hazing, Braham Was Forced to ‘Choose Between Cocaine or a Violation With a Sex Toy’

His father, Rich, a managing editor at ABC News, has said that the fraternity that his son was pledging to are responsible for his death. A friend of Braham’s told News 12 that, during hazing, Braham was given the choice between snorting cocaine or being violated by a sex toy. Rich Braham is saying that he has a photo of a young man blindfolded with someone pointing a gun at him, it comes from Marquise Braham’s phone. There are also messages on the phone explaining the drug use at the frat, reports The Altoona Mirror.

He joined the fratnernity and rose fast through the ranks, becoming Phi Sigma Kappa’s secretary. His unnamed friend told News 12, “Everything went quiet when he became a brother. He didn’t share any more stories.”

3. Braham Killed Himself While He Was Home For Spring Break

Marquise Braham jumped from a Marriott hotel in Uniondale, New York while he was home from Penn State Altoona for Spring Break. His death is being investigated by Nassau County Police, reports The Altoona Mirror. 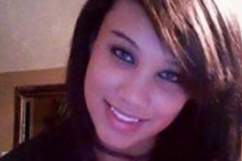 The Murder of Danielle Locklear: 5 Fast Facts You Need to Know

Im so proud of Marquise Alexander Braham I love you so much and i hope u have fun in college. Ill miss you pic.twitter.com/0hRNtibFrm

The fraternity has been suspended by Penn State as police investigate the allegations. Campus spokeswoman Shari Routch said there is an internal investigation ongoing. This is separate from the Logan Township inquiry, according to The Mirror. Rich Braham is seeking further investigations by the district attorney for the area after taking the decision to go publich. The Mirror says that this decision was made after Rich Braham learned that the president of the frat was taking legal advice rather than co-operate with the investigation. The distraught father said:

I don’t want another parent to have to go through what we went through. We sent him in late August, not thinking he would come back to us and commit suicide. It’s what happened in Altoona that sent him off the roof of the Marriott in New York. It’s clear he didn’t want to go back there.

Braham was a graduate of Kellenberg Memorial in Uniondale Memorial. According to his Facebook page, he worked a Sensation Kids, a company that describes itself as:

A warm and inviting therapy environment for children who need help with speech, language, social communication, fine and gross motor skills, sensory integration & management of mental health concerns such as anxiety, social confidence and self esteem. 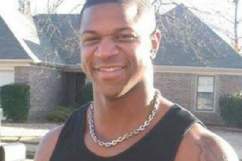 The Mysterious Death of Alfred Wright: 5 Fast Facts You Need to Know