Tyler Lewis Takes Over Prime Time with the Pack: Drops 16 Points & Sick Dimes (PackInsider.com)Here is NC State sophomore point guard, Tyler Lewis, dropping 16 points and showing his nice passing game during the 2013 Prime Time with the Pack. This video is brought to you by PackInsider.com. To see more of Tyler's basketball highlights visit http://www.ballislife.com.2013-10-19T08:19:46.000Z

Lewis, combined with the points of TJ Warren (25 of them), sent N.C. State through. The point guard scored an impressive seven points with eight assists and three rebounds. In total, he was on the court for 32 minutes. In his last seven games with the Wolfpack, he’s 55 on assists and just nine turnovers.

2. Lewis Has Only Been a Regular Since February 8

He had to bide his time in the wings before getting a chance to play regularly for N.C. State, reports The Charlotte Observer. In his first 50 games as an N.C. State man played just 12.4 minutes. Even after the PG who was keeping him on the team, Lorenzo Brown, was moved on, Lewis fell out of favor and was replaced by freshman Car Barber. Lewis was out of the team largely until February 8 when he was back in the starting lineup for a win at Miami. Since then he’s averaged 26.8 minutes on the court. Coach Mark Gottfried said:

He’s distributing the basketball without turning it over at a high rate, which right now, is very important for our basketball team.

3. With Lewis & Warren, Could N.C. State Shock Everyone?

Lewis’ partnership with N.C. State’s most prolific scorer, T.J. Warren, may help the team shoot for success. The pair were in the same recruiting class. A member of the team’s coaching staff, Roy Williams, said:

(Lewis) gets the ball to T.J. Warren, which is something that they all should think about doing – the guy’s leading the league in not only scoring but in field goal percentage. He’s a very intelligent basketball player, and I think on the offensive end he makes them so much better.

Lewis’ modesty however prevented him from taking too much credit for Warren’s scoring, he told The Charlotte Observer, “You don’t have to be that smart to find T.J.” 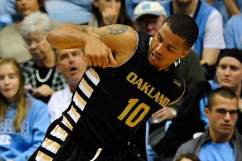 He’s a native of Statesvile, North Carolina. However he was a high school star at Oak Hill Academy in Mouth of Wilson, Virginia. It’s only the alma-mater of Kevin Durant and Rajon Rondo as well. While he was at the school, Lewis was a McDonald’s All-American and named Gatorade’s 2012 Virginia Player of the Year. In his senior year, he led the team to an incredible 44-0 run. Rivals.com rated him as the 54th best high school player in the country and the seventh best point guard.

5. He Wants to be the Brains, Not Just on the Court, But Behind the Scenes

According to his official college profile, he’s the sone of Rick and Margaret Lewis. He has a brother and a sister. Lewis’ major is in sports management. He has a girlfriend named Ali Burgiss. 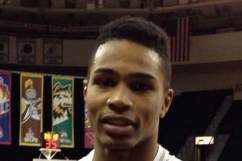