One man was killed after being hit by a train at New Brunswick train station in New Jersey on March 25 at around 5 p.m. Several other people were injured in the incident when they hit by pieces of his body. The horror caused a massive delay for thousands of commuters on NJ Transit and Amtrak.

1. The Dead Man ‘Leaned Into the Path of the Train’

According to CBS New York, the man was not on the tracks as was previously reported but was “leaning into the path of the train.”

2. The Injured People Were Hit by the Man’s Flying Body Parts

The Daily News reports that some of those who were injured were hit by “debris.” One person at the scene refused medical attention and three others were rushed to Robert Wood Johnson University Hospital, reports CBS New York.

Three people just got hit by a train at the New Brunswick station smh this is crazy pic.twitter.com/3FS9VPIvVG

The City of New Brunswick warned passengers to expect delays during the evening commute. According to ABC New York, the north bound transit service was suspended for hours.

The platform at Albany Street has been closed pending an investigation.

4. NJ Transit Have Called it a ‘Trespassing Incident’

As I'm waiting for the 5:00 train home- and man jumped in front of the Aceal sipped train and commuted suicide-at the New Brunswick station

One passenger says that he saw a man jump in front of a train at the scene. It’s been called a to it as a “trespassing incident.”

On an average weekday, the station serves 10,000 people via Amtrak alone. There were 300 people on the train at the time of the accident none of whom were injured. 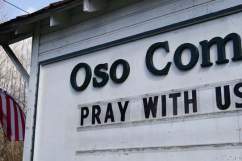 Read More
5 Fast Facts, Breaking News, New Jersey
NJ Transit trains are delayed indefinitely after multiple people are reported to have been injured after being hit by a train at the station in New Brunswick.