Often referred to as the “First Lady of NASCAR,” Lynda Petty passed away on Tuesday surrounded by her family. The matriarch of an important and popular NASCAR family, her loss will be morned by family and fans alike.

1. She Died After a Long Battle With Cancer

Richard and Lynda Petty pose at the White House with President Ronald Reagan back in June of 1985. pic.twitter.com/JRyjVYMr6o

Lynda Petty had been battling cancer, specifically lymphoma affecting the brain, for some time. She spoke about it to wbtv in March of 2010, after it appeared as if she had beaten it. Throughout 2010, Petty underwent brutal rounds of chemotherapy at Duke Medical Center in North Carolina and said she was able to get through it by thinking about all of those people who depend on her.

Unfortunately her good health was not to last. She “peacefully” passed away at her home.

2. Her Family Released a Statement

On his Facebook page, ESPN sports writer Marty Smith released a statement from the Petty family. You can read it above.

High school sweethearts Lynda and Richard Perry married in 1958 when she was 17 and he was 21. As Richard’s career in racing began taking off in the early 1960s, Lynda took care of their children as her husband got Richard Petty Motorsports

On the Facebook page of SiriusXM NASCAR radio, NASCAR released their official statement on the death of Lynda Petty referring to her as a “beloved Matriarch.”

5. Their Son Kyle Is Also a Well Known NASCAR Driver

In 1960, Lynda and Richard Petty had Kyle Petty, when Lynda was only 19 years old. Kyle became a professional racer at the age of 19 and he had an active career between 1979 and 2008. He now serves as a NASCAR commentator. 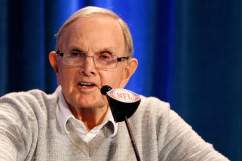 Read More
Breaking News, NASCAR
Lynda Petty, the "first lady of NASCAR," died today at the age of 72 after succumbing to her battle with cancer. Here is what you need to know.