Late Sunday night, American navy Seals seized a North Korea-flagged oil tanker after it had been loaded with crude oil in As Sidr, a rebel-controlled port in Libya. Here’s what you need to know. 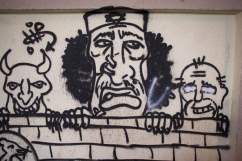 The Morning Glory is a North Korea-flagged oil tanker that had been with an estimated $20 million dollars worth of crude oil.
The tanker had been loaded with the cargo in As Sidr, a rebel held port in the Gulf of Sirte, off the Mediterranean Sea. The loading of the oil tanker nearly caused another civil war in Libya, which has been in the throws of a power struggle since 2011 when its dictator Muammar Gaddafi was assassinated.

2. The Oil Belongs to the Libyan Government’s National Oil Company

Per The Guardian’s interview with a Pentagon spokesman:

“The Morning Glory is carrying a cargo of oil owned by the Libyan government’s national oil company,” said John Kirby, a Pentagon spokesman. “The ship and its cargo were illicitly obtained from the Libyan port of Es Sider [As Sidr].”

3. The United States Got Involved

The Libyan government was unable to stop the Morning Glory from leaving their waters. To prevent the contraband from reaching North Korea, the United States dispatched a team of Seals to overtake the Morning Glory on Sunday.

4. The Seals Overtook the Morning Glory in International Waters

The raid was authorized by President Obama late Sunday night. The U.S.S. Roosevelt targeted the ship in international waters off the coast of Cyprus in the eastern Mediterranean. There were no casualties.

Following the events, North Korean officials denied that the Morning Glory had any ties to the rogue country.
Meanwhile, two Israelis and a Senegalese national were apprehended in Cyprus under suspicion that they were in negotiations to buy the illegal crude oil from the tanker, also.
Libya is on the verge of bankruptcy and the loss of the oil could have put the country under. 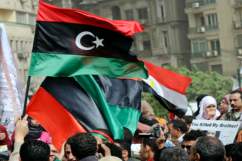