Australian PM Tony Abbott has told the members of his parliament that new satellite imagery may be related to the missing Malaysia Airlines Flight 370, reports The Sydney Morning Herald.

Australian ships and aircraft have been leading the search for the missing flight throughout the southern Indian Ocean. Flight 370 was last heard from on March 8. There were 239 people on board when it went missing.

1. There Are 2 Floating Objects Off the Australian Coast

An Australian search has located two objects in the waters just off of the city of Perth.

2. A Search Plane Has Been Sent to the Area

The search plane P-3 Orion has been diverted to check on the objects. The PM told the parliament the objects could be difficult to find upon arrival at the co-ordinates pinpointed by satellites. He said, “The task of locating these objects will be extremely difficult and it may turn out they are not related to the search for MH370.” There are reports the U.S. Navy’s P-8 plane is on scene.

The PM stressed called it “new and credible information.” He added:

The Australian Maritime Safety Authority has received information based on satellite information of objects possibly related to the search.

Following specialist analysis of this satellite imagery, two possible objects related to the search have been identified.

5. An Official Search Update is Due

There will be a press conference with the Australian Maritime Safety Authority at 12:30 a.m. Eastern time. 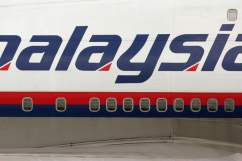