It all begins on March 16 with Selection Sunday, when 68 teams learn their seedings for the 2014 NCAA March Madness tournament.

Here are all of the dates and venues for the 2014 tournament that you need to know:

The four lowest-seeded conference champions and lowest at-large bid teams meet for the chance to reach the 64 teams. 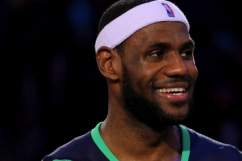 Read More
Basketball, Breaking News, NCAA
Follow Heavy ↓
wpDiscuz
0
0
Would love your thoughts, please comment.x
()
x
| Reply
Here are the dates, locations and venues for every round of NCAA tournament which begins on March 16 with Selection Sunday.