L’Wren Scott’s body has been released from Manhattan’s morgue to a funeral home in the city with her friends and family still trying to make sense of this tragedy. The famed fashion designer’s death has been confirmed as a suicide by hanging. She was found dead in her Chelsea apartment on March 17.

1. She’s at the Same Funeral Home as Philip Seymour Hoffman

Her body has been taken to the Frank E. Campbell Funeral Home on Madison Avenue in Manhattan. It’s the same funeral home that handled the body of Philip Seymour Hoffman when he died from a heroin overdose in February 2014.

2. Her Family Want to Bring Her Home to Utah

Scott’s big brother Randall Bambrough, and sister Jan Shane, are in New York taking care of the arrangements for Scott’s memorial. They hope to bring Scott’s body back to Utah for her to be buried alongside her mother. Scott was one of several children adopted by a devoutly Mormon couple in Utah. Rob Shane, Scott’s brother-in-law, told The Daily News:

The family has a plot at a cemetery in North Ogden and she would like her sister buried by their parents.

He went on to say that Scott and her sister, Jan, had been very close up until the death of their mother in 2008.

The Stones’ frontman is now Los Angeles to be with his daughters, a statement released by his publicist said that he has begun making funeral arrangements.

His bandmates are united behind him and have canceled the remainder of their tour in Australia and New Zealand. Guitarist Keith Richards said,

No one saw this coming. Mick’s always been my soul brother and we love him. We’re thick as thieves and we’re all feeling for the man.

While it isn’t known of Scott will have a traditional Mormon funeral. She was brought up in the faith and her sister, Jan, is devout. If so, the funeral home is expected to be familiar with the faith’s practices relating to funerals. Cremations are not prohibited in the faith but not encouraged. The funeral service can be held at the gravesite or LDS Church. Practitioners do not have funerals on Sunday. According to Everplans, women must be dressed in temple clothing:

5. Will Westboro Show Up?

The Westboro Baptist Church have not yet confirmed if they will picket her funeral. The “church” are synonymous with promising to picket the funerals of the famous or heroic. They have sent out hateful tweets about Scott’s death:

A tribute to L’Wren Scott, who killed herself today. God said "no adultery," #MickJagger! It's the 7th comm… https://t.co/nbYSP496g9

She was under the curse of God! #NoAdultery https://t.co/nbYSP496g9 http://t.co/mvByu1VdFo RT @Fox411: L’Wren Scott struggled with problems

See what having the “moves like Jagger” brings you: L’Wren Scott, girlfriend of @MickJagger, has committed suicide. http://t.co/udljlWi3vA 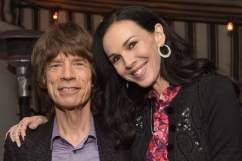