St. Patrick died in Ireland on March 17, according to legend. So this is the day chosen to celebrate the man who rid western Europe of slavery and human sacrifice. In return, he brought the word of Jesus Christ to the emerald isle, which brought absolutely no problems of its own. None.

Here’s what you need to know about the man behind the drunkin’ holiday:

1. He Was Born in Britain

Slemish in County Antrim, Ireland, where St. Patrick worked when he was a hostage. (Wikipedia)

Despite the fact that anti-British slogans are shouted in his name across the world on March 17, St. Patrick was actually a son of Britannia. He was born there in 390 A.D. to a wealthy family who owned slaves. As a child, St. Patrick had no interest in religion. At the age of 16, a rival of his father’s kidnapped St. Patrick and brought him to Ireland. Luther College’s classics professor Philip Freeman said:

It was just horrible for him. But he got a religious conversion while he was there and became a very deeply believing Christian.

2. When He Escaped His Kidnappers, He Left Ireland

The myth goes, St. Patrick escaped from his kidnappers and went back to his parents, where he freed their slaves, based on his religious convictions. Then a voice came to St. Patrick in his dreams and told him to return to Ireland. He was not appreciated during his life in Ireland. Frequently, his preaching was ridiculed and he was beaten by non-believers. After his death on March 17, 461, the myth grew. His work in bringing the word of God to Ireland was appreciated and he was honored as the patron saint of Ireland.

3. There Were Never Any Snakes in Ireland

Common mythology tells us that St. Patrick got rid of all the snakes from Ireland. Which is not true. Ireland was never overrun by snakes. The myth comes from the understanding that St. Patrick got rid of the serpent of Satan from Ireland through spreading the word of God. The freezing waters around Ireland make nearly impossible for snakes to migrate to the island. It’s likely the myth came from monks who were trying demonstrate the influence of St. Patrick to laymen. 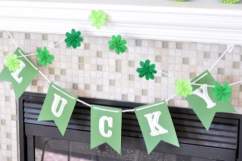 The holiday, as most people know it, was invented by Irish Americans. Professor Freeman said, “St. Patrick’s Day was basically invented in America by Irish-Americans.” The day for many years in Ireland was celebrated with mass and a day of rest. Not puking in the street. Irish charitable organizations began the social side to the day in cities like Boston and New York by hosting banquets for the day. Irishmen who served in the revolutionary war were the first to be honored with a parade on March 17. Eventually the day involved into a celebration of Irishness rather than a religious holiday. Timothy Meagher of Catholic University in D.C. said, “It becomes a way to honor the saint but also to confirm ethnic identity and to create bonds of solidarity.”

5. Like Most Irish Things, There’s a Beautiful Poem Involved

The poem most associated with St. Patrick is known as “Saint Patrick’s Breastplate.” The words were originally in Gaelic. It dates from the 5th century but it wasn’t translated into English until 1889 by Cecil Frances Alexander. And here it is: 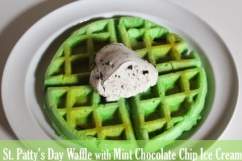 Read More
5 Fast Facts, Boston, Breaking News, Chicago, Ireland, New York
He wasn't Irish, he never got rid of any snakes and his family owned slaves. What else did you not know about St. Patrick?