This week a family in Southern Texas claims they’ve captured the infamous and legendary “chupacabra.” The chupacabra is a seemingly mythical beast that has been blamed for mysterious animal deaths around North America for almost two decades.

Here is what you need to know about the capture, the creature, and the myth:

1. The Creature Was Captured in Texas

In Ratcliffe, Texas, in DeWitt County, the Stock family captured an unknown creature in their backyard. Arlen Parma, who captured it, told ABC that even in his 20 years of hunting racoons he had never seen anything like it. The family is keeping him in a cage on their property, feeding him cat food and corn, until someone can figure out what it is and what to do with it.

2. It’s Described as Having Grey Skin, Craws, and Sharp Teeth

The captured animal has many of the characteristics described by witnesses in alleged chupacabra sightings from the last 20 years or so. Many have described the chupacabra as having red oval eyes, gray skin, fangs, claws, and “spinal quills.” Although this animal’s eyes are not red, they are oval and its skin is very grey. Although there are no spinal quills, it is possible that the coarse stray pieces of hair on it could be mistaken for quills if one were to see it very briefly.

In most instances in which people claim to find the body of a chupabra, experts reveal that they are animals like coyotes, dogs, or foxes affected by Mange. Like the dog suffering from the illness that you see above, animals affected by mange lose their fur due to parasitic mites.

The legend of the chupacabra, whose name means “goat sucker,” began in Puerto Rico in 1995 when over 150 farm animals were killed during the course of a single summer. The animals were inexplicably drained of blood and witnesses claimed to have seen a gray creature running away.

By the late 1990s, allegedly sightings and similar animal deaths were reported in Mexico, Florida, and Texas.

5. The Caught Creature Has an Unusual Growl

One of the reasons why this new Texas case is piquing peoples’ interest is the animal’s unusual growl. In the video above, you can hear the strange deep growl that comes from the animal that many say does not resemble any animals likely to be called a chupacabra.

Only time will tell what animal this creature actually is, or, if it is in fact the legendary chupacabra. 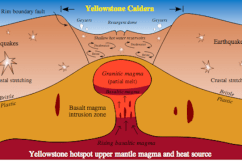