Jerry Umanos has been identified as one of the three American doctors killed in Kabuk, Afghanistan, on Thursday morning when a police officer open fired in a hospital. Umanos was a pediatrician from Chicago working at a community health center and a children’s hospital. Above you can watch a scene from outside the hospital just after the shooting.

1. He Was a Pediatrician From Chicago

According to Umanos’ bio on the Lawndale Christian Health Center website, which has since been taken down, he served as a pediatrician in inner-city Chicago for over 16 years.

Umanos was sent as one of 30 staff members from his hospital in Chicago to work in the hospitals of Kabul in 2005. In Afghanistan, he worked in a community health center and the Cure International Hospital for women and children, where he was killed.

3. He Is Survived By Three Children, and His Wife Jan

NBC Chicago reports that Umanos is survived by three grown children and his wife Jan. According to his bio Jan moved with him to Afghanistan in 2005.

Umanos’ son, Ben Umonas, is a Police Officer in Grand Rapids, Michigan, where he was sworn in in January.

4. He Was Killed By an Afghan Police Officer

We are aware of reports of American casualties in the CURE Hospital attack but cannot confirm. We are seeking more information.

Thursday morning, the U.S. Embassy in Afghanistan first tweeted that they were aware of the incident, and shortly after confirmed three American casualties, all doctors visiting Cure International Hospital, a Kabul hospital for women and children. That is when an Afghan police officer, whom the New York Times identifies as Ainuddin but the BBC identifies as Ayunullah, open fired.

The officer was reportedly a two-year veteran of the police, but had only recently joined a unit guarding the hospital. There are conflicting reports as to whether the gunman shot himself or was shot by security officials. He is still alive an in custody.

5. Two Other American Doctors Were Killed in the Attack

Reports of the incident allege that the two other doctors killed alongside Umanos were a father and son. An American nurse was also wounded in the attack, reports the AP.

The U.S. Embassy in Kabul released the following statement:

The U.S. Embassy condemns the deplorable act of violence at the CURE International Hospital of Kabul today, which resulted in the deaths of three American citizens. Those killed in the attack were humanitarian workers dedicated to improving the lives of Afghans by providing a full range of medical services including reconstructive surgery to children with physical disabilities and pre- and post-natal care for mothers. This act of terror has deprived the citizens of Afghanistan of valuable medical expertise.

We offer our condolences and sympathy to the families of those who lost their lives or were injured while selflessly working towards a better future for the people of Afghanistan. 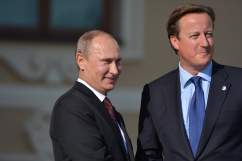 Loading more stories
wpDiscuz
0
0
Would love your thoughts, please comment.x
()
x
| Reply
Dr. Jerry Umanos is one of three American doctors killed by a police officer in a hospital in Kabul, Afghanistan.