Teen asks Miss America to be his prom date in front of whole school but gets suspended http://t.co/aDta1sNmDH pic.twitter.com/Ahaz6YmfAn

Here are the details on the 18-year-old who asked a beauty queen to the dance, and made national headlines.

Miss America Nina Davuluri was at the high school to speak to an assembly. Eighteen-year old Farves, who is known at the school for being a prankster, decided to make the most out of the opportunity.

Word got out that he was planning to disrupt the ceremony, so school officials warned him not to act out.

2. He Was Suspended for Asking Miss America to Prom

While Davuluri spoke, Farves rushed to the stage with a plastic flower in hand.
“Would you go to prom with me?” he asked.

The crowd of students let out a loud cheer.

As punishment, the teen was given a three-day in-school suspension.
This means he has to sit alone in a classroom to complete his work.

According to yrd, the administration said:

Yesterday’s event was a wonderful experience for our students and a once in a lifetime opportunity for our district, and it is a shame that the media wants to frame this story to sell papers and make headlines using a distortion of what actually occurred,

According to a tweet Davului posted today, even Michelle Obama knew about the story. During the White House Easter Egg Roll, the First Lady brought up the story.

Thought for days of what to say to @MichelleObama, she lead with "So I hear you got some kid suspended…" #Priceless pic.twitter.com/CquOgBTz4n

Farves himself pleaded with his followers to wear blue in his favor:

5. He Was Interviewed on the ‘Today Show’

The morning show welcomed the young man to their April 21st broadcast.

He said,“When they had told me not to do it. I had looked at it like this was a now or never type thing. This was a once in a lifetime chance. So I did it anyway.”

Farves admitted that he was ready for the punishment:

I knew I would get in some type of trouble. I completely understand and respect the disciplinary actions that had to be taken. 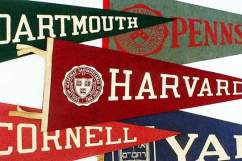 Loading more stories
wpDiscuz
0
0
Would love your thoughts, please comment.x
()
x
| Reply
Patrick Farves is the now famous student who asked Miss America to prom. Here's what you need to know about his instant rise to national stardom.