On Tuesday, April 22, 2014, the whole world celebrates Earth Day, an annual holiday that rejoices in the Earth, nature, and affirms our duty to protect the planet.

Here is everything you need to know about the holiday:

1. It Comes Between Spring Break & Finals

Late April — April 22 to be exact — was chosen because Gaylord Nelson, the de facto creator of Earth Day, wanted a day that would fit between spring break and finals, thus allowing for maximum participation among college students.

Chipping in to the @nasa #globalselfie project for Earth Day pic.twitter.com/hgRN1H7qFQ

To celebrate the day, NASA started the initiative “#GlobalSelfie” and asked people around the world to take pictures of themselves outside and tell NASA where they are. You can watch the video calling for the initiative above.

Nelson, a Wisconsin U.S. senator, was moved by the 1969 oil spill in Santa Barbara to launch a “national teach-in on the environment” — when college kids around the country would learn about how pollution is destroying the environment and the effects it has on living things.

Earth Day has become a holiday not only to celebrate and protect the Earth, but also to give back. One of the more popular things to do on Earth day is to plant trees or other plants while getting out and enjoying nature.

In recent years, Earth Day has become an international day of protest so people can tell their elected officials to make preventing climate change a priority.

Earth Day 2014 will be no exception as farmers and Native Americans will join together in Washington D.C. to oppose the creation of the Keystone XL pipeline which they fear would destroy the land and render it unsafe for both cattle and living. Around 5,000 people are expected to show up on the national mall.

According to USA Today, on Earth Day 2014, at just around dawn the Lyrid meteor shower will be visible. 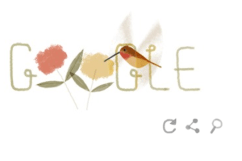